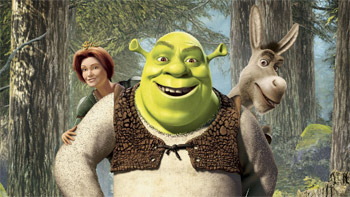 The Australian Centre for the Moving Image presents Kids' Flicks
Screening as part of DreamWorks Animation: The Exhibition Kids' Flicks
From Saturday 5th of April
Book now via acmi.net.au or on 03 8663 2583

This autumn, DreamWorks Animation: The Exhibition casts its spell over Kids' Flicks. From everyone's favourite ogre Shrek to dynamite duo, Wallace and Gromit, audiences can discover the magic of this master animation studio.

The Prince of Egypt G
Tuesday 8th of April and Wednesday 9th of April, 10.30am, 1pm, 3pm
Bigger than Ben Hur, DreamWorks Animation's musical captures the epic biblical story of Moses. From being abandoned along the River Nile in a basket of reeds, to triumphantly leading his people out of slavery in Egypt.

The Road to El Dorado G
Thursday 10th of April and Friday 11th of April, 10.30am, 1pm, 3pm
DreamWorks spirited treasure hunt sees the studio at their most playful, with plenty of gags and lots of high energy action.

Chicken Run G
Saturday 12th of April and Sunday 13th of April, 10.30am, 1pm, 3pm
At Tweedy's Egg Farm, any chicken who doesn't put breakfast on the table can wind up as dinner. Ginger (Ab Fab's Julia Sawalha) and her fellow flock are determined to break out before they meet a 'fowl' fate. Time is running out as the greedy owner of the farm, Mrs Tweedy (Miranda Richardson), finds a new way to feather her own nest - by turning chickens into chicken pies.

Spirit: The Stallion of the Cimarron PG
Wednesday 16th of April and Thursday 17th of April, 10.30am, 1pm, 3pm
Spirit, a wild mustang horse roaming free on the great Western plains ventures into unknown territory and is captured by the US cavalry. He then becomes the obsession of a grumpy colonel who is determined to tame the wild horse's nature. Salvation comes however at the hands of an Indian brave.

Sinbad: Legend of the Seven Seas PG
Friday 18th of April and Saturday 19th of April, 10.30am, 1pm, 3pm
Sinbad's high sea adventures are the stuff of myth and legend. This time DreamWorks comes to the party, conjuring up a fast paced adventure, full of swashbuckling heroes, meddling gods and awesome sea monsters.

Shrek 2 PG
Sunday 20th of April and Monday 21st of April, 10.30am, 1pm, 3pm
Friday 25th of April, 1pm, 3pm, 5pm
Saturday 26th of April, 1pm
DreamWorks' hilarious fairytale continues where happily ever after usually leaves off. This time the Jolly green ogre finds himself at loggerheads not with fire breathing dragons but his fair maiden Fiona's parents. Voiced by Julie Andrews and John Cleese, the two royal in-laws plot to remove Shrek out of their beloved daughter's life by hiring a hit-man, who turns out to be none other than puss-in-boots (voiced with scene stealing glee by Antonio Banderas).

Shark Tale G
Sunday 27th of April, 10.30am, 1pm
Saturday 3rd of May, 1pm
Sunday 4th of May, 10.30am, 1pm
Saturday 10th of May, 1pm
Will Smith is the voice of Oscar, a reef-smart fish literally swimming amongst the sharks in this clever animated gangster spoof. A carwash attendant (Smith) and a vegetarian shark named Lenny (Jack Black) become unlikely pals on the coral 'reef streets' run by a ruthless Great White shark, Don Lino (Robert De Niro). Martin Scorsese, Renee Zellweger, Angelina Jolie, Michael Imperioli (The Sopranos) and Peter Falk round out an impressive cast of voice talent.

Wallace & Gromit: The Curse of the Were-Rabbit PG
Sunday 25th May, 10.30am, 1pm
Saturday 31st May, 1pm
Saturday 14th Jun, 1pm
Sunday 15th Jun, 10.30am, 1pm
Aardman Animations' lovable claymation characters (A Grand Day Out, The Wrong Trousers) reunite in a feature length caper dubbed "the world's first vegetarian horror movie". Inventor and cheese-lover, Wallace, and his devoted canine, Gromit, run their own vegetable protection agency, Anti-Pesto, but get into all manner of mischief when they unintentionally create a 'were-rabbit' with a voracious appetite. Ralph Fiennes and Helena Bonham Carter add their talents to a terrific voice cast.

DreamWorks Animation: The Exhibition will have its world premiere at ACMI on Thursday 10th of April and will run until Sunday 5th of October. Screenings of further DreamWorks Animation films will be announced in the coming months. Tickets available online at acmi.net.au and via phone 8663 2583.