2040 is a hybrid feature documentary that looks to the future, but is vitally important NOW!

Synopsis: Drawing on the best minds from around the world to focus on climate, economics, technology, civil society, agriculture and sustainability, 2040 maps out a pathway for change that can lead us to a more ecologically sustainable and equitable future.

Motivated by his 4-year-old daughter and concern for the planet she will inherit, Damon Gameau embarks on a global journey to meet the innovators and change makers pioneering the best solutions already available to us today to improve the health of our planet and societies. Inspired by these discoveries and guided by the many children he consults with along the way, Damon interweaves dramatic sequences and high-end visual effects to conjure a positive portrait of what 'could be' instead of the current dystopian future we are so often presented.

Aimed at a broad audience that includes children and their parents, serious information is delivered with irreverence and humour. Experts are shrunk into scenes to emphasise a point, animation makes the invisible visible and visual effects show how scaling these solutions by 2040 will positively impact our lives and our planet. This rich visual approach combined with the structure of an intimate letter to a daughter from her father allows for lightness and cheekiness, ensuring the film is both entertaining and educational, with the end goal being to inspire action and change.

Many academics believe that people become inactive or paralysed on this topic because it all just feels too overwhelming and alarming. 2040 is an aspirational film full of hope about the possibility to make changes that will shift the course for humanity and the planet.

This is the narrative the next generation needs to see, to aspire to, and to believe is possible. 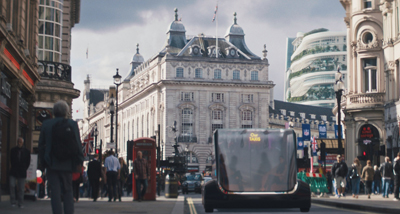 Many films, seminal films, have told us about the dire situation we currently and ourselves in. Spanning ecological disaster to cultural collapse, these films have raised awareness and created a groundswell of people desperate for change. But with more and more images of destruction and suffering filling our news feeds, this is the narrative we are showing our children and, sadly, these images overwhelm and paralyse us from taking action. I believe there is room for a new story, a story that focuses on the solutions.

'2040' is a letter to my 4-year-old daughter showing her an alternative future to the doom and gloom version we are currently presented with. But there is a catch. This is not an exercise in bad parenting - everything I show her in 2040 must already exist today in some form. It cannot be made up. This film is not a utopian fantasy; it is an exercise in what I call 'fact-based dreaming.'

It was important to ensure that what I present isn't just my version of the future, so almost 100 children around the world between the ages of 6 and 11 were consulted on camera and asked what they would like to see in 2040. The authenticity of their answers is as inspiring as it is concerning. 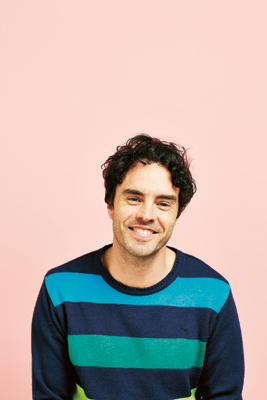 In addition, we consulted experts around the world across areas as diverse as farming, aquaculture, civic design, transport, education and more. What started out as a film about reversing global warming and lowering emissions quickly became a story about strengthening communities, improving the quality of food and soil, embracing cheaper and cleaner energy and transport, plus restoring habitats and eco systems. By doing these things, we will naturally heal the environment around us.

The scientific revolution gave us many wonderful things, but it also taught us that our role is to conquer nature, to control and dominate it for our means. Filming 2040 has taught me that if we are to survive we must reclaim the metaphors of our distant ancestors who saw themselves as 'reverent guests' or 'custodians of the land'. The children's voices in the film remind us that we are born with an innate care for our surroundings and that our current culture slowly erodes it. I hope this film can contribute to the telling of a new but old story, reframing the narrative about our possible future.

A story of how we reversed global warming and improved the lives of every living thing in the process.
- Damon Gameau