Thanks to Roadshow Entertainment, here is your chance to win tickets to the romance of a lifetime 'The Notebook'.

A young woman comes to the coastal town of Seabrook, North Carolina in the 1940's to spend the summer with her family. Still in her teens, Allie Hamilton (Rachel McAdams) meets local boy Noah Calhoun (Ryan Gosling) at a Carnival. On the spot, Noah senses that he and Allie are meant to be together. Though she is a wealthy debutante and he a mill worker, over the course of one passionate and carefree summer in the South, the two fall deeply in love.

Circumstances - and the sudden outbreak of World War II - drive them apart, but both continue to be haunted by memories of each other. When Noah returns home from the war years later, Allie is irrevocably gone from his life, but not from his heart.

Though Noah doesn't yet know it, Allie has come back to Seabrook, where they first fell in love. But now Allie is engage to marry Lon (James Marsden), a wealthy soldier she met while volunteering in a GI hospital.

Decades later, a man (James Garner) reads from a faded notebook to a woman (Gena Rowlands) he regularly visits at her nursing home. Though her memory has faded, she becomes caught up in a fiery story of Allie and Noah - and for a few moments she is able to relive the passionate, turbulent time when they swore they'd be together always.

New Line Cinema presents 'The Notebook', a story of lost chances, growing up and the power of enduring love.

The Notebook
Buy Now from Fishpond
This competition is now closed 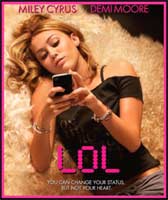