Vincent Peter Jones (born 5 January 1965) is a British actor and former professional footballer who played as a midfielder from 1984 to 1999, notably for Wimbledon, Leeds United, Sheffield United, Chelsea and Wales.

Born in Watford, Hertfordshire, England, Jones represented and captained the Welsh national football team, having qualified via a Welsh grandparent. As a member of the "Crazy Gang", he won the 1988 FA Cup Final with Wimbledon, a club for which he played well over 200 games during two spells between 1986 and 1998. He also played for Chelsea, Leeds United, Sheffield United and Queens Park Rangers. Jones was a defensive midfielder who was especially noted for his very aggressive style of play, earning him a "hard man" image on the field.

Since his retirement from football, he has capitalised on his tough man image and is now known as an actor for his fiery demeanour and physical presence, often being typecast into roles as violent criminals and thugs. His early film career began with roles in mainstream films such as Snatch (2000), Gone in 60 Seconds (2000), and Mean Machine (2001). He played Juggernaut in the 2006 film X-Men: The Last Stand, Sebastian Moran in CBS's Elementary, and Brick in The CW's Arrow.

Jones appeared in Celebrity Big Brother 2010, where he finished in third place behind Dane Bowers and Alex Reid.

Vinnie Jones looks something of the soccer player he was. Wearing shorts, T-shirt and sunglasses, Jones...

With their lives on the line, Frank and Eddie manage to convince crime boss Vincent Camastra (Vinnie Jones) that...

Year One; When a couple of lazy hunter-gatherers (Jack Black and Michael Cera) are banished from their primitive... 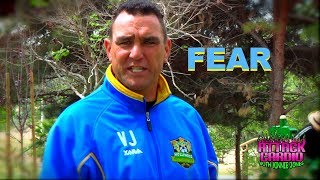 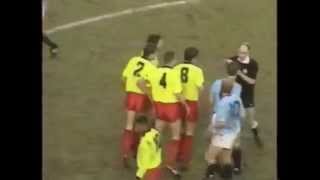 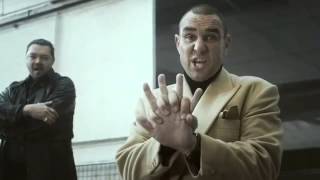 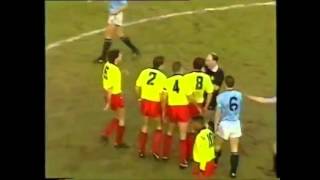