Jennifer Jason Leigh (born Jennifer Leigh Morrow; February 5, 1962) is an American actress. She began acting on television during the 1970s, guest-starring on several television shows. Her film breakthrough came in 1982 for her performance as Stacy Hamilton in Fast Times at Ridgemont High. Leigh continued performing past her teen years, receiving critical praise for her roles in the 1990 films Miami Blues and Last Exit to Brooklyn. In 1991, she appeared in Ron Howard's Backdraft, and in 1992 she acted in the drama-thriller Single White Female.

In 2002, Leigh appeared in the crime drama Road to Perdition. In 2007, she starred in the comedy Margot at the Wedding, which was directed by her then-husband, Noah Baumbach. She had a recurring role on the Showtime comedy-drama series Weeds as Jill Price-Gray. In 2015, she received critical acclaim for her voice work as Lisa in Charlie Kaufman's Anomalisa, and for her role as Daisy Domergue in Quentin Tarantino's The Hateful Eight, for which she was nominated for the Golden Globe, Critics' Choice, BAFTA and the Academy Award for Best Supporting Actress.

For her stage work, Leigh was nominated for a Drama Desk award for her Off-Broadway performance as Beverly Moss in Mike Leigh's Abigail's Party. Her Broadway debut occurred in 1998, when she became the replacement for the role of Sally Bowles in Cabaret. 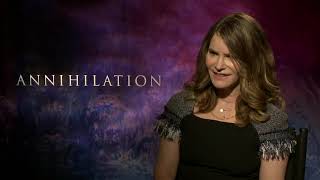 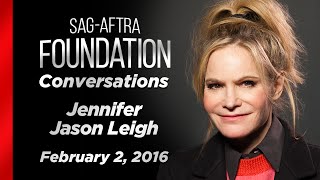 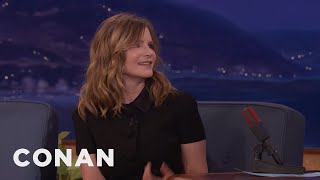 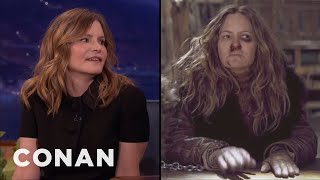 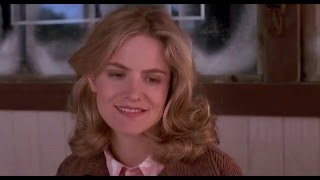