Aussies want to work from home 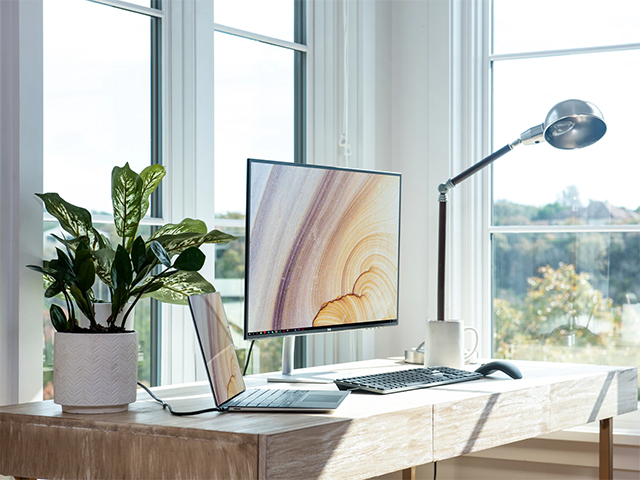 86% of Aussie workers want to work from home permanently

The Aussie workplace might change permanently, new research suggests. A survey of people who have been working from home during the pandemic has found that 86 per cent want to continue doing so, at least part-time – even once their workplaces resume 'normal' operations. What's more, 73 per cent believe their employers would be open to it, and 22 per cent have already been offered a work-from-home option.

The findings come from an independent survey of a nationally representative panel of 1000 Australian employees who have been working from home – full-time or part-time – during the pandemic, commissioned by digital event specialist Redback Connect (redbackconnect.com.au).

Almost three-quarters (73 per cent) of respondents believe their employer would be open to them working from home – backed by the findings that 22 per cent say their manager has already offered such an option, while 56 per cent say they will ask their managers to arrange it.

Just 14 per cent are too afraid to ask their managers to allow them to work from home, and 8 per cent have had their work-from-home request rejected by their employer. The younger the employee, the less courage they have to ask their employer to make permanent working from home arrangements. Almost a quarter (24 per cent) of respondents aged 18 to 30 admit they are too afraid to ask their manager to make such arrangements, compared with 14 per cent of 31-50s and just 6 per cent of over-51s.

How can Aussies work from home productively?
The last couple of months of home-based working, however, has also shed light on what digital and virtual meeting tools are needed to increase productivity. In fact, 50 per cent of respondents say working from home would not result in a fall in productivity, if they had the right digital tools. A third (33 per cent) of respondents say that, with the right technology, their organisation would actually increase its productivity.

When asked about what digital capabilities can help maximise at-home productivity, 55 per cent of respondents say tools that enable them to have virtual meetings or webinars with multiple attendees. The same proportion (55 per cent) say tools that allow them to share and edit documents, projects, or work schedules with team members in real-time. Nearly half (46 per cent) of respondents believe they need to able to see the 'availability' of other team members remotely, while 45 per cent say they want the ability to share work-in-progress schedules and status reports with other team members. Forty-two (42) per cent say they need to present work to stakeholders in the same way as in an in-person meeting.

Jeff Downs, CEO and Founder at Redback Connect, says: "Our survey results show that, after the pandemic, Aussie workers want workplaces to change permanently. Many people have discovered just how much work they can achieve while working at home – especially if they have the right digital resources. If employers listen to their employees, we may see a decentralisation of the workforce from the cities to the suburbs.

"While simple video and teleconference communications have been used being widely by many organisations during the shutdown, if working from home becomes permanent, organisations will need to onboard a suite of remote-working digital tools to replicate, as far as possible, the 'in-office' experience. Our research reveals that more purpose-specific virtual technologies that offer a broader range of secure, interactive platform features – such as online polling and live Q&As – would help maximise the productivity of at-home offices. Redback Connect offers fully-managed webinars, for example, which enable organisations to engage large, dispersed audiences in real-time with interactive polls, live chats, or Q&As. Town Halls and studio broadcasts are also ideal for those who need to present to company executives and stakeholders in the same way they would an in-person meeting – another digital capability our data reveals employees feel they need."

Q. Do you believe the company you work for can make a permanent change to having employees working from home, at least part-time, without a fall in productivity?

Q. What digital capabilities can help you maximise your productivity while working from home?