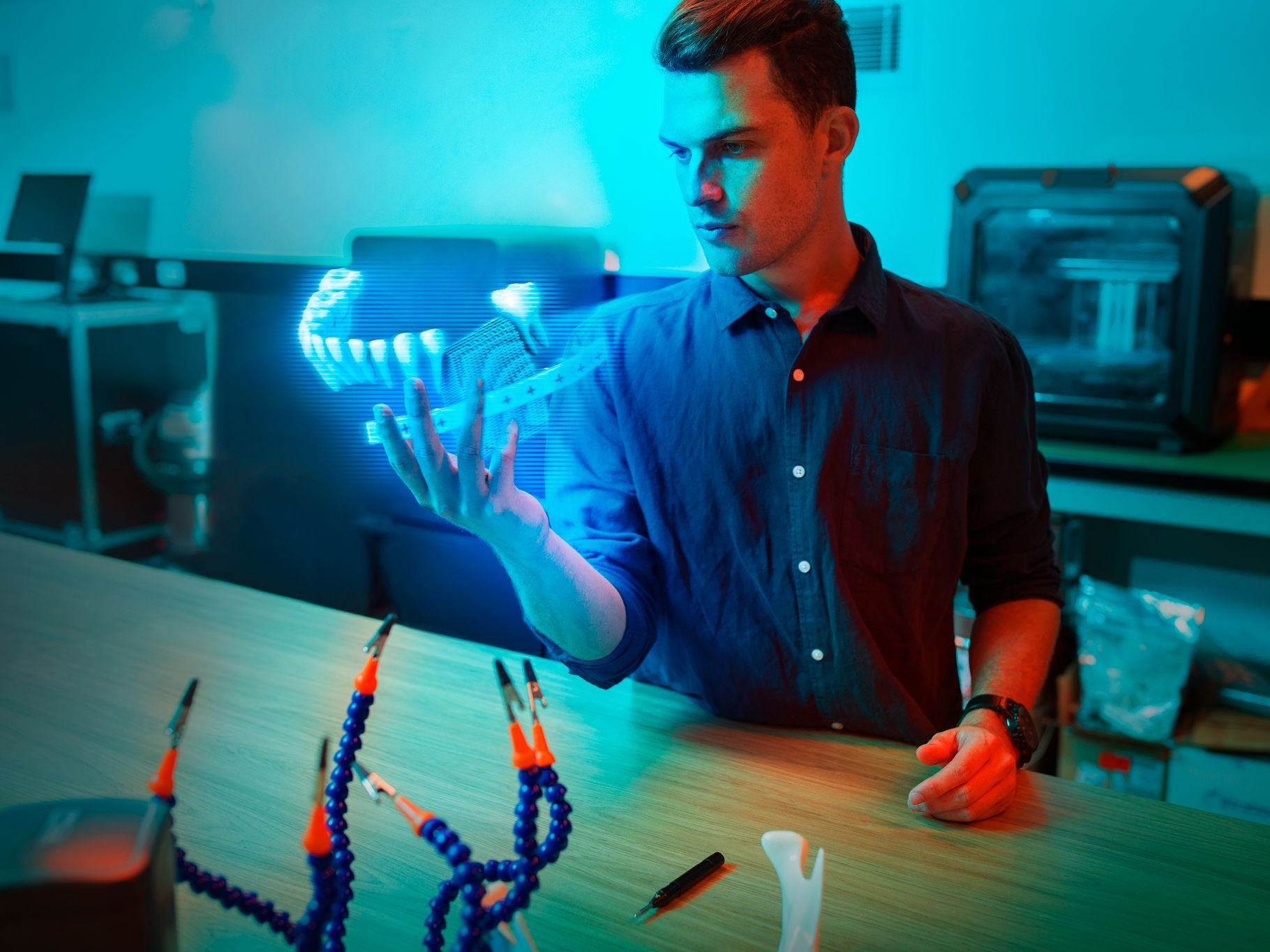 Jawbone reconstruction – or orthognathic surgery – is a complicated medical procedure whereby a person's jaw is treated for significant trauma, such as from a car crash or gunshot wound, or diseases like oral cancer.

The surgery involves replacing damaged or diseased bone tissue with an implant, typically a titanium plate or prosthesis, with patient recovery taking as long as twelve weeks. Complications like implant failure and infections are common, potentially requiring repeat procedures which can place significant burden on a patient.

In recent years, biomedical engineers have developed a new generation of medical implants designed to not only substitute bone, but to help regenerate tissue back to its original state using 3D-printed tissue scaffold-fixation systems. These devices enhance the innate healing potential of human tissue, using a scaffold as a temporary support structure for the surrounding cells to attach to and grow. Eventually, the scaffold is expected to dissolve into the blood stream, leaving new tissue in its place.

Using advanced computational technology and decision-making algorithms, the tool works by generating a 'digital twin' of the patient using CT scan data. It then rapidly simulates different designs of the implant before 3-D printing the final, optimal design, allowing surgeons to perform a digital 'rehearsal' prior to theatre.

"Nowadays, it would be unthinkable to construct a building without running an engineering simulation on it beforehand. This is the industry standard in civil engineering – the same expectation should be applied to surgery on a human being," said Mr Ferguson, who is due to submit his PhD in September.

"The jaw is a complex area – required to talk, eat, chew and perform tasks that require both finesse and strength. Because of its complexity, we want to give orthognathic surgeons the best tools so they are set up for success – hopefully reducing repeat surgeries and improving patient outcomes," he said.

"A bone implant design may work in one patient, but it may fail in another. If it was you – you would probably want a team of surgeons and biomedical engineers to run a simulation and assessment of the medical device in your body before it is actually implanted."

"It is a careful balancing act. For example, an implant may need to mechanically stimulate the surrounding tissue to enhance healing, but mechanical stimulation may then increase the risk of implant failure. Our algorithms and data-driven approach help surgeons develop an optimal design without having to rely solely on intuition."

The researchers have recently partnered with Professor Jonathan Clark AM, Chair of Head and Neck Cancer Reconstructive Surgery at Chris O'Brien Lifehouse to help translate the new technology into a clinical reality. Professor Clark said: "Australia has been a leader in jaw reconstruction since Dr Ian Taylor's 1974 breakthrough mandibular reconstruction. Since then, jaw reconstruction has evolved substantially: digital tools have been incorporated into pre-surgery planning, allowing surgeons to create more precise devices, with better aesthetic and functional outcomes for patients."

"What's really exciting about this tool and data is that they provide the opportunity to evolve the technology beyond form, to also include biomechanical modeling, which can help predict the bone tissue's response to physiological loads. This kind of analysis – termed CT-based finite element modelling – will be of great importance as we move away from using patient's own bone for reconstruction and start to incorporate customised scaffolds in the future."

Mr Ferguson's most recent paper was published in the Journal of Mechanical Behaviour of Biomedical Materials.