The Girl Who Kicked The Hornets' Nest

Thanks to Roadshow Entertainment here is your chance to win one of 5 copies of The Girl Who Kicked The Hornets' Nest on DVD.

The Girl Who Kicked The Hornet's Next is the third and final film adaptation of the best-selling Millennium triology written by the late Swedish author, Stieg Larsson.

In this last instalment, Lisbeth Salander lies in a critical condition with a bullet wound to her head in the intensive care unit of a Swedish city hospital. She's fighting for her life in more ways than one: if and when she recovers, she'll be taken back to Stockholm to stand trial for three murders.

Throbbing with a slow-burning tension from the opening to closing credits, Noomi Rapace and Michael Nyqvist star in an appropriate farewell to a compelling series.

More on The Girl Who Kicked the Hornet's Nest
www.femail.com.au/the-girl-who-kicked-the-hornets-nest.htm 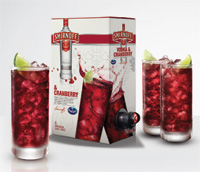