Premieres Sunday February 10th at 7.40pm on ABC and iView

Across Australia, as the dawn rises the marsupials go to bed – except for the ones that don't – because there are exceptions to every rule in this land of ancient wonders, big skies and jewelled seas. Magic does not have rules. It has splendid dragons, saltwater monsters and dancing spiders.

Magical Land of Oz offers a blue chip, continent wide series ranging from the land's highest snow peaks to the depths of the frigid and wild southern seas; from its last populations of wild numbats to its largest diorama of giant cuttlefish. It's a land of diverse beauty, that delights and surprises. The series both entertains and deepens our understanding of how the natural world is made up of not just unique species, but distinct individuals, whose lives are far from predictable.

Using the latest camera technology, we capture animal populations only recently discovered and behaviours not associated with species we thought we knew well. We meet animal characters so enigmatic, most Australians are unaware they share not just their island continent – but their own suburban backyards.

We reveal the challenges these animals must navigate in a land of extremes, and extreme human-induced change. To do this, we fill the screen with colour, dance, acrobatics, music, mating and murder – all performed by the animals which make Australia a truly magical land.

The stage is set for the story to begin… 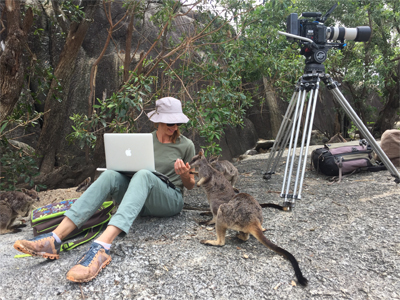 Interview with Tosca Lobby, Director of Magical Land Of Oz

Question: Can you tell us about Magical Land Of Oz?

Tosca Lobby: Magical Land of Oz is a three part, blue-chip natural history series. It travels the Continent - including the three oceans which circumnavigate Australia - telling intimate stories of creatures and the world's they inhabit. This is the first time in two decades that an Australian made landmark series of this kind has appeared on the ABC.


Question: What was it like directing Magical Land Of Oz?

Tosca Lobby: It was a long and difficult but incredibly rewarding job directing this series. Obviously it's not like directing human led television. There are no actors or presenters who will take and follow cues or follow scripts. Instead, our actors may or may not turn up. They have no desire to cement 15 minutes of fame. They have even been known to bite!

So the director's job in natural history is to be very well prepared, hope for the best and plan for the unpredictable.


Question: What did you learn about our natural environment whilst filming Magical Land Of Oz?

Tosca Lobby: I learnt that Australia is a wonderland of diverse species, many endemic to the Continent. That there is so much out there yet to be discovered and understood by Western science. I also learnt that even in the most remote parts of Australia, the human footprint can dominate. There wasn't an ecosystem or species we encountered which hadn't in some way been impacted by climate change. The most important lesson for me is that if we don't act now to protect our natural world, and do it decisively, we will lose much more than we can afford to of Australia's unique wilderness and its cargo of animals.


Question: What is the main message you hope Magical Land Of Oz spreads to audiences?

Tosca Lobby: That they live on an extraordinary continent surrounded by oceans that still contain very important populations of sea-life, much found nowhere else on the Planet. That the land they inhabit contains a raft of ecosystems which are incredibly complex, beautiful and delicate. But that these treasures are disappearing, and will continue to do so at a terrifying rate if we continue on current trajectories. As individuals we can do things to help by engaging with these issues, joining community action groups and becoming stakeholders in our wilderness. 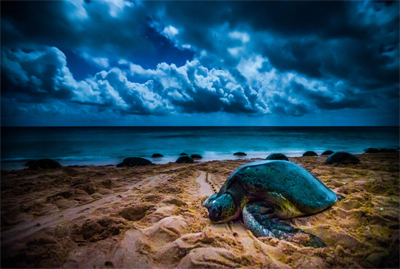 Question: What was it like working alongside Barry Humphries and Karina Holden?

Tosca Lobby: It was a lot of fun working with Barry Humphries in the narration record. Between takes, we drank lots of tea and had lots of laughs. He has an uncanny ability to understand what the script is asking of his voice as well as the ability (unsurprisingly) to find humour where previously there was none. As a result his voice lends the authority of an elder statesman and a delightful bubble of good humour.

I first met Karina Holden when we both joined the ABC Natural History Unit over 20 years ago. We've both wanted to make a series like this ever since. She is the smartest woman I know (and I know a lot of very smart women) and has an unparalleled ability to make the right calls every time.


Question: Can you tell us which animals we'll see during the series?

Tosca Lobby: Magical Land of Oz showcases a very wide range of Australia's endemic, native and even its introduced animals. In its oceans you'll meet aggregations of glorious cuttlefish and mountains - literally - of spider crabs. There is a white whale, a friendly whale shark, Australian sea lions and sea birds with some of the toughest upbringings on the Planet. We meet desert dingoes, some of the Planet's last wild numbats, tarantulas that can survive underwater and birds fighting for the best hollows in Australia's top end. In the final episode we meet the animals living alongside us in our cities and the introduced predators which prey on them. Many of them are living right under your toes and it's likely you have no idea they're there!