Titanic The Musical: In Concert with Anthony Warlow. 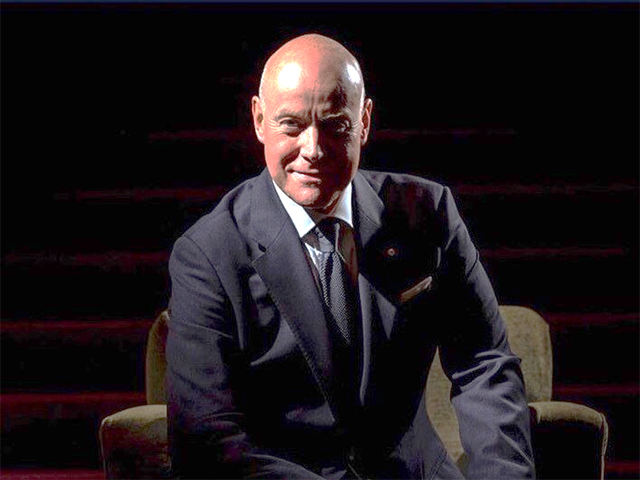 The five-time Tony Award winning production Titanic The Musical will play an exclusive and limited season In Concert in Melbourne this November starring one of Australia's finest artists Anthony Warlow. This special event will feature a 26-piece orchestra alongside a brilliant Australian cast gracing the stage at the landmark Melbourne Town Hall for 4 performances only on November 4, 5 and 6.  This stunning concert production celebrates the 110th anniversary of the Titanic.

" I am thrilled to be coming back to Melbourne to perform this incredible show at the iconic Melbourne Town Hall. I was drawn to this show mainly because of the extraordinary score and the fact that this Concert version will allow audiences to experience the music in all its splendour with a lavish and sumptuous 26-piece orchestra. I am truly looking forward to being on that stage and to collectively feel the power of music alongside my fellow performers and our audiences.", said Anthony Warlow.

Based on real people aboard the most legendary ship in the world, Titanic The Musical: In Concert is a stunning and stirring production focusing on the hopes, dreams and aspirations of her passengers who each boarded with stories and personal ambitions of their own.

All innocently unaware of the fate awaiting them, the Third-Class immigrants dream of a better life in America, the Second Class imagine they too can join the lifestyles of the rich and famous, whilst the millionaire Barons of the First Class anticipate legacies lasting forever.

"A modern musical masterpiece about a legendary piece of history."

"A stirring tribute to those who sailed aboard the ill-fated ship of dreams. A show that is at once uplifting and heart-wrenching."

"Deservedly recommended; only a heart as cold and unshifting as an iceberg wouldn't melt to this production's persuasive authority."

"I am thrilled to be producing and presenting this event at the iconic Melbourne Town Hall. Together with an extraordinary and hard-working creative team, we have assembled an incredibly talented and diverse cast, led by none other than one of Australia's most formidable voices, Mr Anthony Warlow. Backed by a live, 26-piece orchestra, we are delighted to invite audiences to hear this incredible score and experience live performance once again.", said Paul Marrollo.

110 years ago, in the final hours of 14th April 1912, the RMS Titanic, on her maiden voyage from Southampton to New York, collided with an iceberg and 'the unsinkable ship' slowly sank. It was one of the most tragic disasters of the 20th Century. 1517 men, women and children lost their lives.

With music and lyrics by Maury Yeston (Nine) and a book by Peter Stone (Woman of the Year and 1776), the pair have collectively won an Academy Award, an Emmy Award, an Olivier Award and three Tony awards.

DO NOT MISS THIS OPPORTUNITY TO EXPERIENCE AN EPIC SCORE IN AN EPIC VENUE!

TITANIC THE MUSICAL: IN CONCERT