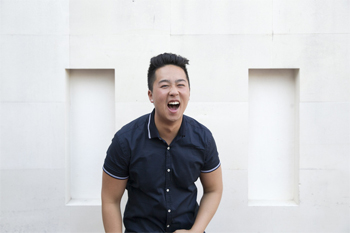 The Chinaboy Show will premiere later this year on ABC iview and ABC2.

This is the third collaboration between producers Robyn Kershaw, Eva Di Blasio and John Luc. The six part series is directed by Trilby Glover (most recently seen on Scream Queens) and co-written by rising stand-up comedian Tien Tran.

The series has been funded with support from Screen Australia, Screenwest and ABC.

With over 300 million views, John Luc is one of YouTube's most watched stars. His recent online successes include Mychonny Moves In (over 2 million hits) and Mychonny's Asian Gangsters video (over 8 million hits).

Luc says: 'It's awesome to have even more Asian faces showcased on ABC our national public broadcaster and I am delighted to be reaching out to a broader audience with my comedy."

The Chinaboy Show features scripted and non-scripted comedy and combines Luc and Tran's insight into race, family and our social culture.

ABC Head of Entertainment Jon Casimir said: 'We're thrilled to bring this show to screens of all sizes and proud to be part of the next stage of John Luc's career evolution. The Chinaboy Show underlines the ABC's commitment to finding new perspectives on who we are and to telling Australian stories with different voices."

In a style that has won Luc a legion of online fans, the show will pay homage to series including Fresh off the Boat, Inside Amy Schumer and The Chappelle Show.

Mike Cowap Screen Australia's Investment Manager (Interactive and Multiplatform) said: 'John Luc is an incredibly talented comedian with a huge online following who has proven himself to be one of Australia's most popular YouTubers. In supporting The Chinaboy Show, we saw an opportunity to bring his comedy to a major broadcaster, and cement his place at the forefront of Australia's new wave of comedy talent."

Director Trilby Glover said: 'I was born in Australia, raised in Singapore and Hong Kong so The Chinaboy Show's delicious combination of cultural behaviours and wicked humour appeals to me. John Luc is a mighty talent and I'm thrilled to be working with Eva and Robyn at RKPix."