In today's fast-paced and often stressful society, people function in overdrive for days on end (physically and mentally) resulting in depletion of a key antioxidant found naturally in the body, Coenzyme Q10 (CoQ10). CoQ10 is responsible for promoting energy production in all cells of the body, therefore providing individuals with energy levels to function at their prime.

Studies have shown that physical and psychological stress, as well as consistent fatigue, deplete these essential CoQ10 levels, specifically the active form of CoQ10 that is found naturally in the body, known as Ubiquinol. This may result in an overall lack of energy, which may in turn jeopardise an individual's ability to think clearly and maintain the general pace of life.

Now available in Australia, scientists are presenting Ubiquinol in its most natural and bioavailable form, meaning it is readily absorbed into the body to increase energy production and boost overall energy.

Studies have shown not only enhanced energy in those taking Ubiquinol, but enhanced physical performance and shortened recovery periods between workouts, improved heart and brain health, reduced stress-related symptoms, and ultimately healthy ageing.

Stephen Eddey is a qualified Nutritionist and Naturopath and is the Principal of Australia's longest established natural medicine college, Health Schools Australia. He has completed a Bachelor of Complementary Medicine as well as a Masters in Health Science.

Stephen Eddey: CoQ10 is a naturally occurring nutrient that is found in every cell of the body. Your body makes CoQ10 and your cells use it to produce energy to meet the requirements for normal functioning, growth and maintenance of the entire body. Ubiquinol is the active form of CoQ10. When you take classic CoQ10, the body must convert it into Ubiquinol before it can be used effectively. Ubiquinol also plays an important role in the body as an antioxidant, which may be of benefit to people experiencing oxidative stress as occurs with normal healthy ageing. 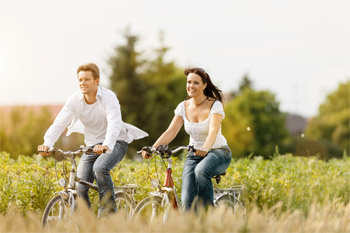 Question: What is important about this key antioxidant?


Question: How are Australians reducing their Coenzyme Q10 (CoQ10) levels?

Stephen Eddey: Physical and psychological stress on the body, as well as consistent fatigue, may deplete levels of essential antioxidants in the body, including Ubiquinol. If you are functioning in overdrive for days on end, Ubiquinol levels may become reduced, which may in turn lead to sub-optimal energy production in the body and an overall lack of energy.


Question: Does age play a factor in the reduction of Coenzyme Q10 (CoQ10) levels?

Stephen Eddey: The natural process of ageing may cause depletion of the total plasma CoQ10 levels in the body. In addition, as we age, our ability to convert CoQ10 to Ubiquinol, the active and bioavailable form of CoQ10, has been shown to be diminished. Therefore, there appears to be a close relationship between depleted levels of Ubiquinol and ageing.


Question: What are the negative effects associated with a reduction of Coenzyme Q10 (CoQ10)?

Stephen Eddey: A depletion of Ubiquinol in the body may leave you functioning with sub-optimal energy levels, which may lead to a feeling of fatigue. A reduction in the body's natural Ubiquinol levels has been shown to have a correlation with ageing-related issues.


Question: Who should be looking at increasing their Coenzyme Q10 (CoQ10) with a supplement?

Stephen Eddey: Studies have suggested a correlation between ageing and a reduction of Ubiquinol. A decline in the body's natural Ubiquinol levels commences from approximately 30 years onwards, therefore anyone over the age of 30 may be recommended to supplement with Ubiquinol to help restore optimal energy levels.


Question: Can you talk us through the supplement of Ubiquinol?

Stephen Eddey: Ubiquinol is the active form of CoQ10 that is three to eight times more absorbable in the body than CoQ10, therefore is the most effective form. In order to consume sufficient Ubiquinol in the diet, one would have to eat impractical amounts of certain foods, including red meat, chicken, spinach and sardines. In such a case, a healthcare practitioner may recommend supplementing with Ubiquinol for optimal energy production, antioxidant power, and overall health.


Question: How will taking Ubiquinol in its most natural and bioavailable form aid Australians?

Stephen Eddey: In a word: energy. Ubiquinol is found in all organs of the body, supporting healthy energy production in the body to function from day to day. In my clinic, I have never heard anyone say to me that they have too much energy. We all want more energy to help live our lives to the fullest, or maybe even enhance our sporting abilities.

Ubiquinol is also important for maintenance of healthy LDL cholesterol levels in healthy people, therefore helping to maintain a healthy cardiovascular system. Ubiquinol may be of benefit to people experiencing increased oxidative stress, as occurs with normal healthy ageing.


Question: Are there any negative effects of taking Ubiquinol?

Stephen Eddey: There are no known side effects of supplementing with Ubiquinol because it is a nutrient that is found naturally in the body. However, it is important to always consult your healthcare practitioner on health strategies and to ensure that Ubiquinol supplementation is right for you.


Question: Can you talk us through the positive results you've seen from Ubiquinol?

Stephen Eddey: I have noticed people have greater energy levels when taking Ubiquinol. I have seen improved athletes' times, as well as the busy mother of three cope a lot better with her daily stresses. I personally take Ubiquinol for both improvement of my amateur athletic prowess and to help me cope with the very busy life of running a college of natural medicine, with interstate travel on top of that.