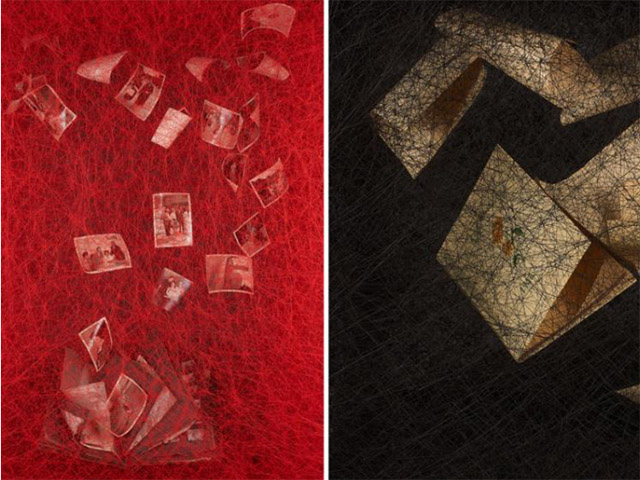 Anna Schwartz, Founder of Anna Schwartz Gallery, muses that there has been a thread connecting her and the gallery with Chiharu Shiota since they first met at Detached in 2011 in Tasmania at her installation In Silence, incorporating a burnt piano into a black web. In 2017, they again met in Venice when Shiota represented Japan with The Key in the Hand. Anna Schwartz Gallery is honoured to present State of Being: new works and the continuation of the connection. State of Being will exhibit concurrently with Shiota's The Soul Trembles – curated by Mami Kataoka, Director of Mori Art Museum, Tokyo – at QAGOMA. A significant moment in Shiota's twenty-five-year artistic practice, each of these Australian exhibitions are new touch points in Shiota's devotion to exploring the tangle of memory and dreams and their transcendence into our waking lives.

State of Being will present works that span Shiota's practice. Sculptural works, canvases, and a large-scale installation will envelope the gallery space, creating the absorbing effect that has come to be definitive of Shiota's practice.

Artist CHIHARU SHIOTA said: "I believe that we are all connected. Were you able to see the invisible, all human connection is one. Thread from each heart is expressed as words linking us. In the flea market I found old love letters and diaries and although I never met the writer, I felt connected.

At the centre of this new created space is a physical presence.

I have faced death more than once, and I believed if death ever took my body, I would no longer exist. But now I believe the mind continues and my mind and my body act separately; they are connected, but my mind can exist without my body. My brain functions separately to my body. The scientist Benjamin Libet acknowledged that the body reacts before the mind can create a thought. This controversial theory explains how I feel. I am not only my body, but also my consciousness; we move through the unconscious we react before we think."

CHIHARU SHIOTA: State of Being

ANNA SCHWARTZ GALLERY is a contemporary art gallery in Australia which has been owned and operated by founder Anna Schwartz since 1986 and is directed by Tania Doropoulos. Established in Melbourne, Anna Schwartz Gallery has identified and cultivated the careers of visionary artists from Australia and internationally. The gallery represents over thirty multi-generational artists and works on individual projects with artists and curators globally. Anna Schwartz Gallery distinguishes itself for its uncompromising conceptual position and contribution to culture spanning visual art, music and publishing, under the imprint SCHWARTZCITY. annaschwartzgallery.com