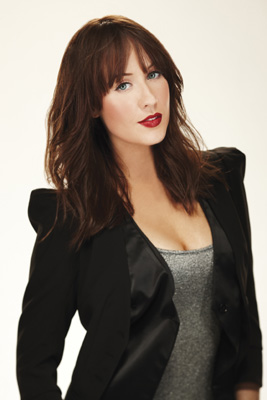 Starpics 1 & Starpics 2
The channel's schedule and title selection will be based around Hollywood stars rather than by era or genre. Schedules will feature film doubles of a particular 'star'. Starpics 1 & Starpics 2 gives you the choice of two Brad Pitt films, you can check him out in the thriller Se7en on Starpics 1 or for a few laughs in the ultimate heist film Oceans 11 on Starpics 2- it is your choice!

Lizzy will host programming that will focus on the featured actor with biographies, retrospectives and Hollywood news on the star's next project!

Family Movie Channel (FMC)
7pm, 7 nights a week is family movie time. FMC is Australia's first and only Family Movie Channel. It's the destination for family friendly ad-free flicks. 7pm, 7 nights a week is a guaranteed time you can find a movie that appeals to everyone and Saturday nights are an ideal time to get the whole family together for a premiere. Each Saturday night will feature a Family Movie TV Premiere, these include Journey to the Centre of the Earth, Madagascar: Escape 2 Africa, Bedtime Stories, Beverly Hills Chihuahua and Picture This.

Lizzy Lovette is a rare creature in Australia Media. With experience that most belies her years, she has the ability to jump from TV to Radio to producing to presenting without even stopping for breath.

Lizzy is also seen as a media/entertainment commentator on Channel 9's 20 to 1, and Mornings with Kerri-Anne and co-hosted 9's 2008/09 New Years Eve Party Zone countdown show with Richard Wilkins.

With Media and Journalism degrees, she's studied acting at NIDA, ATYP and stand-up comedy at The Actors Centre. She's modelled, won a dance scholarship and performed in children's entertainment group "The Star Girls" in a pink lycra space suit!!

A passionate entertainment reporter, Lizzy has covered many red carpets and her celebrity interviews are extensive, including some of the biggest names in the biz including Pink, Greenday, Chris Brown, The Black Eyed Peas, Avril Lavigne, The Foo Fighters, Sylvester Stallone and David Hasselhoff to name but a few!

Lizzy is also in high demand as a voice over artist and has established herself as a popular MC hosting selected events - recently The Cure Cancer Australia Carnivale Ball, The Australian Urban Music Awards, AJC Lawn Party, and launches for Nokia, Sony and Elizabeth Arden, and has voiced and endorsed radio campaigns for many brands including Rosemount, De Lorenzo, Sanity, Dove, Sean's Kitchen and Nokia.

Lizzy is an intelligent, stylish, fun and fresh personality that embodies Australia's easy going smiling nature, ensuring her star will only continue to rise….

What should we expect from the new channels?

Lizzy Lovette: The new channels are called Starpics 1 and 2 and basically they are about double features, so two movies of your favourite stars and we screen movies of all the favourite actors, all the big A-List celebrity names. The favourites include George Clooney, Brad Pitt, Mel Gibson, Johnny Depp, Reece Witherspoon, Julie Roberts, I did a bio on Sarah Jessica Parker the other day.


You have recently joined the team at, Movie Network Channel, what is your job there?

Lizzy Lovette: What we do is play the double features then myself and James Tobin we do a celebrity bio, star bio in between each feature.


What do you like the most about the three new channels?

Lizzy Lovette: Well, personally it is funny; I do actually pick my movies as to who I love. If I love Mel Gibson, his amazing or Russell Crowe- they are brilliant actors, funny enough I will pick up a movie, if I haven't watched it, from them, more often than a random movie. So, if you are a Johnny Depp fan you may have seen Blow but you might not have seen Fear and Loathing in Las Vegas. Often there is two movies together, one you might have seen from your favourite star.

It is a go to place where you know you are going to get all your big high actors, you're A-List favourite actors and then two movies from them and then you can decide if you want to watch both, or just one! Starpics 2 is delayed, it screens two hours later.


What is your favourite movie?

Lizzy Lovette: I just did a star bio for Sarah Jessica Parker, who I absolutely love. We screen Sex and the City the Movie; of course, we all love that, and The Family Stone.


Do you have a favourite Hollywood actor?

Lizzy Lovette: Oh man! That's hard. Acting wise... I think Johnny Depp is the hottest, if you can play an old, crusty pirate and make it hot! I love Will Smith; I think he is fantastic; I've liked him since Fresh Prince of Bel Air Days. Who do I love the most? Female wise- I do love, Meryl Streep, she is amazing as well as Julia Roberts. I love all of them! It's bad; I can't decide...


What have you learnt putting together the star bios?

Lizzy Lovette: It is really interesting because you find out things, I've been doing entertainment reporting for years, for example someone like John Travolta, I never knew one of his first gigs was touring with a musical company of Grease when he was in the chorus, before Zuko! Years later Grease became one of his major roles!

John Travolta was really interesting, in that, everyone thought he was a massive star and it all came so easily; but there was a decade there were he was really considered a has-been, after Saturday Night Fever and Grease, he was the 70's sexy star. Then after that he really had a lot of flops and turned down a lot of movies that would have made him a star because he was scared of being a typecast. It is really interesting because now he is one of the biggest stars in Hollywood and it wasn't always that way. Then all of a sudden with Pulp Fiction he came back.

Sarah Jessica Parker was born into a really poor family and she had to share clothes with her siblings and now she is so wealthy she has a closet just full of shoes and Manolo Blahniks named a shoe after her!

Harrison Ford really only became famous when he was 31 and he had been trying to act ever since he was at College, since he was studying! It gives you that real perspective for anyone who is out there acting and trying to act- it is tough and you have to stick it in there and one role can change everything. Harrison Ford was a self-taught carpenter, when things were tough; he was actually doing cabinets for George Lucas- in his house! George Lucas then cast him in American Graffiti, the movie that got him noticed.

It shows that if you just keep believing your dreams and keep going for it as an actor, you may be doing silly jobs, but you don't know where the big break is going to come from.

It is just so interesting finding out those things about a star who you thought you knew.

That's something I'm very excited about too, not only presenting them but James and I write the star bios, because we have a journalism and media background. I am really enjoying that.


Approximately how long do the bios's run for, between the movies?

Lizzy Lovette: It actually depends. They can go anywhere from three minutes to twelve minutes, it depends on the length of the movies. It is a short and a lot of the footage is from different film junkets, it is a mixture of directors talking about the stars and critics and things like that and then there is an entertainment gossip side to it too, I love that. (Laughs)

George Clooney is coming up soon, I found it really interesting his said his never going to get married and never have children! All these people, hoping… His already been divorced! I never knew George Clooney had been divorced. You think of him as an internal bachelor, he has been divorced after a short marriage.


You are working with James Tobin; you've worked together before, haven't you?

Lizzy Lovette: Yes! (Laughs) We have worked together so many times, we are good friends. We knew each other from school, we started in radio together when we were Black Thunder Pilots we hosted Eclipse Music TV together on Channel 7 for years, for three years. I joke that he is my TV husband. (Laughs) We were like "We're back together!"

It is good; we know each other pretty well, we've known each other for more than ten years, twelve years actually. We don't actually film together, we just cross over, and I film separately. We still see each other at shoots!

Lizzy Lovette: With me? At the moment, I do radio and TV, so it is all over the place. For example yesterday I was filming the Movie Network and star bios and today I was on the morning show on Channel 7, on Tuesday's I do gossip. On the weekend I was on the radio on TodayFM and Triple M. There is no typical day. It is always changing, which I love! I love mixing it up, what's next? I might be writing one day, writing scripts and researching and doing the presenting or I could be on radio. I like to mix it up so I never get bored!


You're so busy, what do you do to relax?

Lizzy Lovette: I am lucky, it sounds corny, but what I do is so what I love, I get to read entertainment gossip for my work! That's what we do! We're at the beach with a magazine. I love it!

I have had horses since I was seven, we have a place in the Hunter Valley and my horses are now 27 and 30, which is like an ancient hobby. I have had them since they were eight years old. I can't ride them anymore, but I love going to visit them, I love going to the farm up there. It is peaceful and quite.

My boyfriend and I get out of Sydney, we like to go up to the coast, we have a beach place there as well. I like to get away, walk on the beach and hang out with friends. I am a bit of a gym go-er too!


What do you never leave the house without?

Lizzy Lovette: Other than the usual things, of course I'd never leave the house without my handbag, wallet, phone and keys. I would have to say at least three different shades of pink lip gloss! (Laughs) You can never have dry lips! That is tragic… it's true! I can't live without my handbag, it is like my baby!


To check out more info on the new channels - head tohttp://mnc.tv/about-movie-network