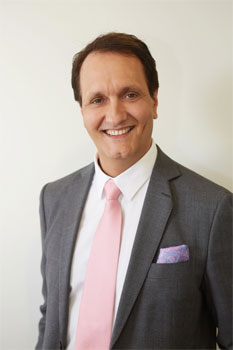 Peter Diaz, a world leading authority on workplace mental health and founder of the Workplace Mental Health Institute, today said 'mental stealth' is a growing problem in many organisations with disenfranchised and psychologically unsafe staff creating significant problems in the workplace.

Pedro Diaz is well known nationally and overseas for his cutting edge work in helping organisations to recognise the importance of mental health in the workplace and implement programs and systems to better manage and support the mental health of workers.

"Mental stealth is a term I developed to characterise the way people behave which causes psychological harm to others in the workplace," Peter Diaz said today.

"These people are usually disenfranchised and disconnected from the values and goals of their team and the organisation. They are effectively toxic and they undermine the efforts of those around them and others across the organisation by creating undercurrents of tension, discontent, dissatisfaction and unease. They undermine authority and covertly go about causing chaos often without even being noticed. By the time people do become aware of what they are doing, they have created significant damage.

"It can be difficult to deal with these people because you can't quite put your finger on what it is they have done or are doing because they are so clever at disguising their behaviour.

"This behaviour which I call mental stealth erodes workplace morale and organisational culture.

"I recently worked with an organisation where one of the organisation's middle managers was overlooked for a promotion. While everyone thought this person was dealing with the disappointment OK, under the surface he was not. He started to make comments among other staff that cast doubt on the future financial viability of the organisation under the leadership of the successful candidate. This then caused anxiety because people began to worry about the security of their jobs. Productivity then fell and sales declined."

Statistics suggest that nearly 45% of Australians aged between 16 and 85 will experience a mental illness at some point in their life. Many will experience issues because of problems at work.

"It is important to understand that mental stealth is not a bullying issue, it is a psychological issue which results in mental health issues across the workplace," Peter Diaz added. "If staff are starting to feel uneasy about certain things in the workplace, this can escalate into mental health issues.

"Mental stealth is a growing problem across the world and Australian workplaces are not immune. Increasing competition and accelerated technological transformations are driving change, change which many people are not dealing with very well. They are feeling insecure and detached from their working environment.

"When people are feeling undervalued, insecure or unappreciated, they can act out these emotions and insecurities in a negative way – aiming to deliberately destabilise the status quo in order to inflict harm on those they feel are causing their hurt.

"How do you detect mental stealth issues in the workplace? You put in place systems which enable you to stay close to the heart beat of your organisation and the way people feel about the organisation's leadership, operating style and culture – such as anonymous hotlines and other forms of employee assistance programs.

"Mental stealth is a big issue and can cause immeasurable damage unless it is detected, managed and eliminated."

Question: Can you please explain the term mental stealth?

Peter Diaz: Mental stealth is a form of behaviour where a disgruntled or toxic employee, often unwittingly, undermines other people's confidence in the organisation, management or leadership.

It is not a form of bullying, it is more a form of morale dismantling. A natural consequence of having a culture rife with mental distress.


Question: What's the different between mental stealth and mental health?

Peter Diaz: Mental stealth is the social aspect of being distressed, we tend to share our woes. It is a naturally occuring behaviour that negatively impacts on others. Mental health is a state of mind.


Question: How does mental stealth affect our mental health?

Peter Diaz: Mental stealth undermines a person's confidence in their team, business, organisation, managers and leaders. It causes anxiety because it places doubt in the minds of staff about the stability, operations and behaviour of people and organisations. For example, someone who has missed out on a managerial promotion, may start telling other staff that the new manager is looking to move existing staff on and bring in new more qualified staff. This creates fear and anxiety for people. They then start looking for other jobs and their stress affects their performance and mental health.


Question: Why is mental stealth becoming an increasing problem within the workplace?

Peter Diaz: Workplaces are becoming increasingly competitive. There are more global pressures on local businesses than ever before. Good jobs are in high demand. Technology is advancing at a fast pace and bringing with it change in the workplace along with automation which is killing jobs. People are working longer hours and being required to do more with less - for less. This is creating stress and angst. People become negative when under this type of pressure. They feel alone, isolated, exposed, fragile, vulnerable - and their feelings of anger and resentment kick in.


Question: What can be done to address the damage of mental stealth?

Peter Diaz: Implement a robust program that addresses mental health, culture and wellbeing in the team. Make sure it has a holistic approach beyond a medical response. Make sure there's more involvement by management/leadership in the day to day. Leaders need to come back into the business and engage with people - not sit in ivory towers. Get to know your people. Understand their personalities and quirks. Increased communication is key as are feedback mechanisms and alert systems - so that problems can be picked up early.


Question: How can employers reduce the harm mental stealth is causing?

Peter Diaz: By ensuring that all managers are trained to be aware of and alert to issues in the workplace. Managers need to be 'present' not just in the office physically. This means managers need to familiar with staff and get to know them as people.


Question: What types of behaviours are evident in someone causing mental stealth drama in the workplace?

Peter Diaz: Not turning up to work, not keeping to timeframes, becoming increasingly unreliable, prone to physical illnesses and accidents, not able to cope with feedback, undermining, questioning, taking about the negatives, etc Question: How does an employer detect mental stealth issues in the workplace?

Peter Diaz: Managers need to have their finger on the pulse. It's more than meeting KPIs. It's knowing staff, meeting and talking with them regularly - not just managing them, creating trust, having feedback mechanisms in place. On the other hand, they need to make sure they don't become too soft either.


Question: Is mental stealth most common in employees who feel undervalued and are overlooked for promotion and pay rises?

People suffering from mental health issues are, according to the research, more likely to feel harassed and bullied. So, in testing times like these, yes, these are some of the key areas where mental stealth can take off and start to fester. If people feel they are being treated differently to others or they see others being rewarded for doing nothing, then people become very disengaged and toxic.


Question: If we believe we could be disconnected in the workplace, how can we become more dedicated and repair our toxic behaviour?

Peter Diaz: Aboslutely, it happens all the time. Recovered individuals make better and more loyal workers. what can we do individually? We need to responsible for our own actions and engagement as well. We need to seek out our manager and talk with them. Tell them how we are feeling. Be brave. If we are talking about issues, we clearly care enough about the organisation to make ourselves happier - as this benefits the organisation as well.