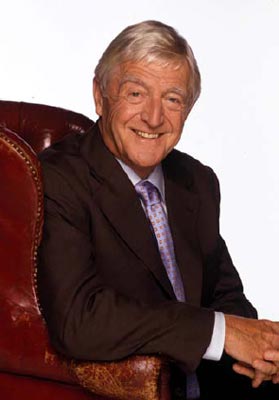 In this final 90 minute special episode of Parkinson, which will conclude the last ever series of the iconic show, Parky has a spectacular guests line-up.

"I was told to pick a wish list" he says of the guests on his final program, "and I put down these names and every single one of them is here".

Each if his guests "are friends who have made a particular contribution to the show," Parky says. "They are also people of great talent and interest, and what a wonderful way to finish."

Viewers can expect a final show befitting a true TV legend as he talks to this once in a lifetime line up.

Expect lots of surprises along the way too!