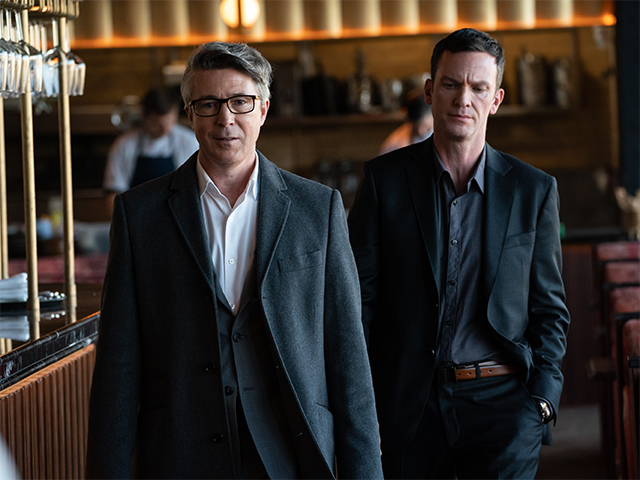 "It's rare for a show to be perfect from the jump, but there's something special about Kin." TV Fanatic

In eight-part Irish gang drama Kin, a boy is killed and his family embark on a gangland war with an international cartel – a war that is impossible to win. It's David and Goliath. Out-numbered, out-financed and out-gunned, the Kinsellas find themselves holed up in their Dublin stronghold while their businesses fail, and family members and associates are picked off. But they have something the cartel does not: the unbreakable bonds of blood and family. Kin is a world where gangsters are treated like reality stars, with nicknames and celebrity status, where assassins dress up as women, and drug dealers keep exotic pets in their den. A world of drugs and guns and murder and loyalty and family and men… and a woman. Stars Charlie Cox (Daredevil, Boardwalk Empire), Clare Dunne (Herself), Aidan Gillen (Game of Thrones) and Ciarán Hinds (Game of Thrones, The Terror). Peter McKenna (The Last Kingdom, Red Rock) serves as showrunner/executive producer, writer and creator, alongside Ciarán Donnelly (Altered Carbon, Vikings) who serves as executive producer.