Question: Can you tell us about Utopia Falls?

Kate Drummond: Utopia Falls is a sci-fi show that is built on a foundation of music, dance and pop culture. It's set in the not so distant future, in a utopian society called New Babyl. New Babyl's history has been preached to the civilians for centuries. Each year, there is a very prestigious talent competition called The Exemplar and teens who are 16, are selected based on their talents to compete for their sector. It's sort of like Hunger Games meets America's Got Talent!

BUT these kids stumble upon a hidden archive of past cultural relics like records and music with hip hop, reggae, blues and different fashion trends... things they've never experienced before. This newfound knowledge has them questioning everything they've been taught about the world they live in and themselves. It starts to influence their performances and this causes great unrest in New Babyl.


Question: What originally inspired you to audition for Utopia Falls?

Kate Drummond: Joseph Mallozzi (laughs) I worked with Joe on Dark Matter and became such a huge fan of him. We really hit it off and then Utopia Falls happened and he immediately thought of me for the role of Phydra. He reached out and asked if I'd tape for it; "of course I would, I told him". I put the audition on tape and booked the role, I knew that if Joe was involved, I would have an incredible time, and I did. 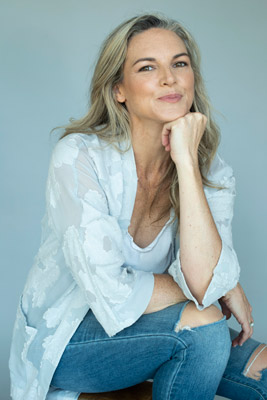 Question: Can you tell us about your character, Authority Phydra?

Kate Drummond: Authority Phydra is the head of New Babyl's Police Force and the enforcer of the laws. She is a staunch believer in the established laws and cultural norms of New Babyl, so anyone who attempts to challenge them, change them, or question the status quo, Phydra has a serious issue with that and will stop at nothing to prevent things from falling out of order. When the hero teens start showing signs of dissent, Phydra pulls out all the stops to keep them in line. But she has a complicated past and once the audience learns about this, we see why she is the way she is. Every "villain" has a deep wound, right?


Question: How did you prepare ahead of becoming the head of New Babyl's police force?

Kate Drummond: Well, I think a lot of my previous roles helped me to prepare for this one. For instance, Agent Lucado in Wynonna Earp and Sajen in Dark Matter were both strong female antagonists and so each time I play a character like that, I get to explore a little more. I'm constantly expanding my antagonistic wings (laugh)! Also, I honestly think being a grade school teacher for so long helped me prepare for roles like this! I'm not kidding! I taught Grade 6 for a number of years, and would have to pull out my all business but cool, calm and collected "intimidating" attitude when my students misbehaved!


Question: How are you similar to the role of Authority Phydra?

Kate Drummond: I'm incredibly driven and passionate about the things that I believe in and that is very much like Phydra. Also, like Phydra, I'm comfortable standing in my strength (although that took me years to get used to)!


Question: What was the best part about being on set for Utopia Falls?

Kate Drummond: Working. Playing. Being part of a super creative community, in front of and behind the camera, that was coming together to tell this unique story, a story that celebrates diversity, politics and most importantly cultural differences. I also loved being around the inspiring, youthful energy of the "youngins", and our heroes of the show.


Question: What originally inspired your passion for acting?

Kate Drummond: I think I was born an actor, but I do remember being eight years old and sitting in an elementary school gymnasium watching my very first theatrical show ever: Oklahoma. I was mesmerised. The singing, the dancing, the costumes...I remember it to this day! That and the fact that every show I watched, every story I listened to or wrote, I was so deeply connected to and felt like I was part of it. Acting is in my cells. It's in my soul. I was born an actress; it just took me a little longer than others to figure out that I could make a career out of it.


Question: What advice do you have for other aspiring actors?

Kate Drummond: Train. Train. Train. Never stop learning. Support other artists. Audit classes. Volunteer in your community because serving others makes you think less about yourself and teaches you so much about humanity. Commit to the art of it. Commit to the ever-changing emotional landscape that acting asks you to travel. Know yourself. Be honest in your life. And remember that life is art, and art is life. Never be afraid to ask for help. Begin again, every damn day. A beginner's mindset is always the most rewarding because you have the most to learn. 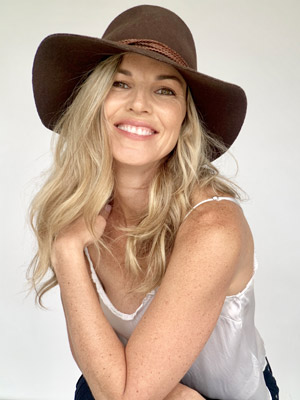 Question: How did it feel to share your message at a TEDx conference?

Kate Drummond: It was very surreal to give my TEDx Talk, "Chasing Dreams and Beginning Again". I wasn't sure if it was a story that anyone would want to hear! I mean, we all have amazing stories but we all think they are just normal and nothing special, but to others, they can be really valuable. It was the most rewarding experience of my life, I'd say. It took months to prepare and to fine tune. Months of editing and getting more and more truthful and brave. The talk demanded that I be truthful with myself, about my life, my journey, my struggles and share all of that publicly. Remember how I said life is art, and art is life? Well, being that vulnerable on stage and now in the face of over half a million viewers makes me braver in my work as an artist, I think.


Question: Where can we watch Utopia Falls?

Kate Drummond: Currently it is airing Hulu and more regions are being added all the time!

Kate Drummond: I have a few things coming down the pipes but it's a little too early to talk about them but I will keep everyone posted on Twitter and Instagram. Aside for hoping for a Utopia Falls Season 2, I'm working on finishing a kid's book, and getting one of my scripts to camera this year! I also am in pre-production for a beautiful film called Healing Hearts that is set to start shooting in the fall.