How to React if Your Child Takes Drugs 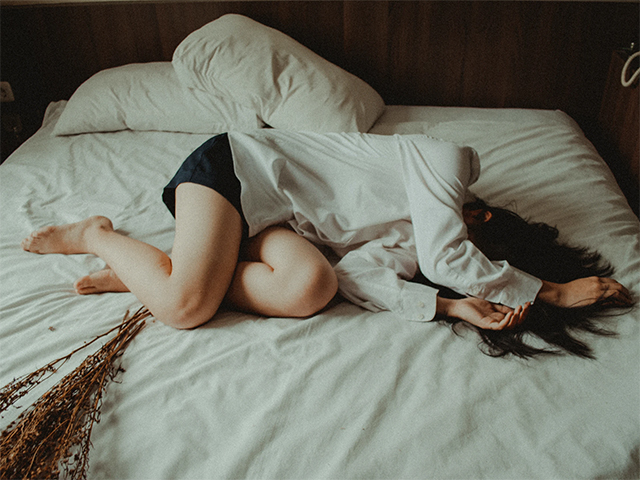 How to React if Your Child Takes Drugs

What should you do if your child turns out to be a drug user? Parents who find out that their child does drugs behave in different ways: they may threaten a child with house arrest, stop giving pocket money, organize surveillance, or reassure themselves that these are ordinary pranks or a way to get additional attention. And only a few people realize that the future life of a teenager depends on the correct parental position.

In this article, we tried to shed more light on such an unpleasant topic, taking into account the most common parents' concerns and stereotypes. Read the information carefully before having a fight with your child or googling "na near me." And keep in mind that drug addiction is not a problem of a single person, it is a problem of the whole family.

A good, bad family
We can still face a stereotype that only children from troubled families take drugs because of violence and conflict prevail or their parents with alcohol or drug addiction. Indeed, such children are at greater risk. However, the days when child addiction was associated with homeless adolescents sniffing glue in the streets are long gone.

Nowadays, there are drugs especially popular among teenagers, which do not obviously destroy the body physically but have an extremely detrimental effect on the psyche. Usually, teenagers from "good" and wealthy families take euphoretics or speeds. In most cases, those are the children who spend more time on their own, not receiving enough attention from their working parents. Such teenagers have pocket money and a lot of free time, and they do not know what to do with it.

Today, teenagers also see drugs as a way to relieve stress, relax at a techno party, have fun or feel better because of the stress that can cause parental divorce or bullying at school, a bad relationship. However, not only negative circumstances and "bad" companies motivate to try drugs, but also the usual curiosity, confidence of the teenager that they can keep consumption under control, and from one day nothing will happen.

If a teen has tried a drug once, will he/she become addicted?
Drug addiction does not really develop in every child who has tried or used drugs once. The formation of dependence is influenced by a number of factors, including the environment (the company of friends), family, child features, predisposition to addiction, and heredity.

At the same time, according to the experience of na support groups social workers, only 15-20% of adolescents who tried drugs in childhood suffer from drug addiction in adulthood.

Punishment
You should not threaten your child with a house arrest or deprive them of pocket money. Respect your child's personal boundaries. These are only short-term methods that are unlikely to work out. It is important to be a friend to your child, not a prison guard. After all, children in adolescence distance themselves from their parents, devalue them, cease to respect and see authority in them. That is why it is necessary to proceed from the position of support and assistance, not prohibitions and punishments. It is important to talk systematically with the child on various "adult" topics (for example, sex and related health issues) so that they understand that family will help in any situation.

How to understand that a child takes drugs
In most cases, you will notice the changes in behavior and appearance (if your kid takes drugs regularly). It is extremely important to know the effect of a drug.

Yes, the pupils may be dilated under the influence of speeds. If a teen smokes marijuana, they may laugh for no apparent reason, be mobile, or, on the contrary, slow, have red eyes, dry mouth, and usually want to eat at the end of the drug effect. Under the influence of speed, a teenager quickly loses weight, becomes extremely energetic and lively, quickly does any work, and talks in a hurry.

The fact that the child has been using drugs for some time will be evidenced by sudden, unexplained mood swings, lethargy, inflammation of the eyelids and nose, chronic cough, indifference to appearance, lack of appetite, irritability, aggression.

But in the end, none of these characteristics clearly indicate that your child is using drugs. If you need to get an accurate result, it is best to take a drug test or a rapid test, which can be purchased at a pharmacy. Such tests are available for different types of drugs and are not expensive.

Respect a teenager and express your sincere concern. However, it is obvious that if you have not talked to your child for months on personal topics, they will not immediately open up to you. In this case, the best way would be to ask a psychotherapist or na meetings usa specialist to talk to your child. In a conversation with a teenager, it is important for an adult to talk about their feelings, fears, worries. It is necessary to convey that if there is a problem, you will solve it together.

If your child refuses to take the test, social workers say, it could be the first red flag that the child may be using drugs. In this case, it is better to get a consultation from a specialist.

Your child says he/she tried a drug only once
You should always be alert and, in any case, talk to your child about this experience. It is important to remember that children take a lot of risks during adolescence. They discover the world by impulsive actions, so your help and support may be needed in many other situations, besides the drug problem, like conflicts at school, first sexual experience, self-rejection, and so on. Therefore, you should be in contact with your child so that they would want to tell you what interests and worries them and how they spend their free time.