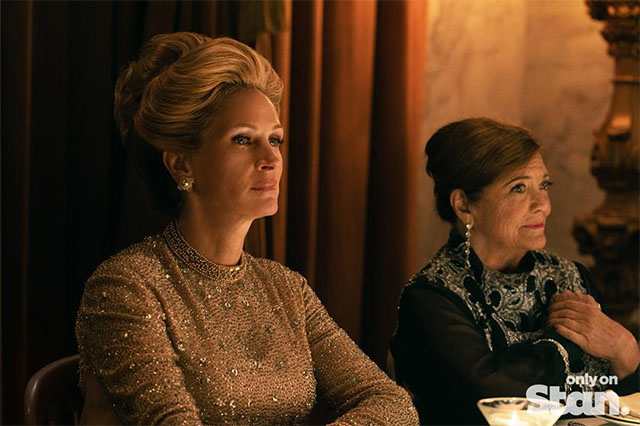 Gaslit is a modern take on Watergate that focuses on the untold stories and forgotten characters of the scandal – from Nixon's bumbling and opportunistic subordinates to the deranged zealots aiding and abetting their crimes to the tragic whistleblowers who would eventually bring the whole rotten enterprise crashing down.

The story will center on Martha Mitchell, played by Julia Roberts. A big personality with an even bigger mouth. Martha is a celebrity Arkansan socialite and wife to Nixon's loyal Attorney General, John Mitchell, played by Sean Penn. Despite her party affiliation, she's the first person to publicly sound the alarm on Nixon's involvement in Watergate, causing both the Presidency and her personal life to unravel. As Attorney General, John Mitchell is Nixon's most trusted advisor and best friend. Temperamental, foul-mouthed and ruthless – yet hopelessly in love with his famously outspoken wife – he'll be forced to choose between Martha and the President. Gaslit also stars Dan Stevens as "John Dean," Betty Gilpin as "Mo Dean," Shea Whigham as "G. Gordon Liddy" and Darby Camp as "Marty Mitchell."

"Gaslit is the Watergate story you've never heard before. At the center of the show is Martha Mitchell, an unlikely whistleblower who is the first person to bust the whole scandal wide open and ultimately becomes the subject of a vicious White House smear campaign enacted in part by her own beloved husband, Attorney General John Mitchell. We also feature John Dean, a hotshot administration lawyer dragged into the coverup and thrust into the spotlight with his acerbic, whip-smart wife, Mo," says Robbie Pickering, Creator, Executive Producer and Showrunner of Gaslit. 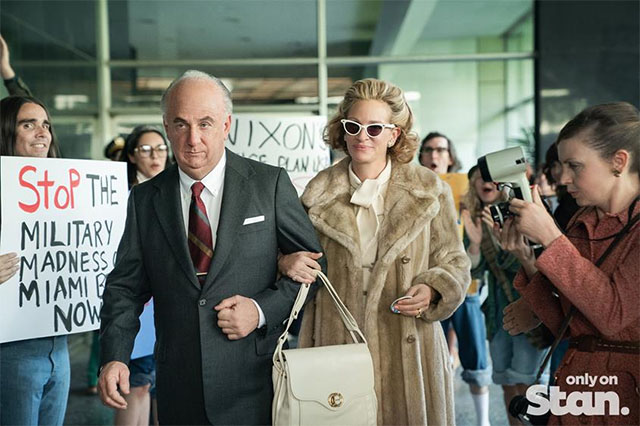 "The goal in making this project has always been to bring a real humanity to this subject, which yields a far richer and more relatable story than the standard male-driven political dramas about the period. I can't wait for viewers to experience the extraordinary performances in this remarkable ensemble, led by Julia Roberts, brought to life in this thrilling, stranger-than-fiction tale of marriage, love, betrayal, and ultimately, hope," Pickering continues.

Gaslit premieres 24 April, same day as the U.S. and only on Stan.