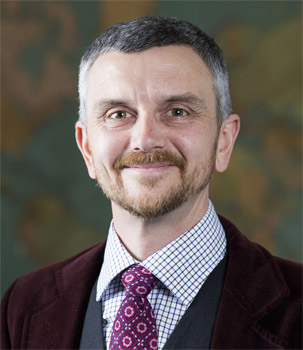 Going Viral answers the questions you never knew you wanted to ask about the flu. Engaging, entertaining, and educational, Going Viral takes a look back at the ancient practices of diagnosing and treating the flu, explores how the virus attacks humans – and animals, and investigates how modern medicine is fighting against the continually mutating, and sometimes still fatal, virus.

The Podcast is available at: https://itunes.apple.com/au/podcast/going-viral/id1100137724 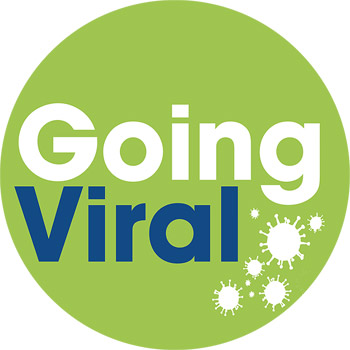 Question: What is Going Viral?

Dr Peter Hobbins: Going Viral is a four-part podcast series that answers the questions people may not have known to ask about disease that many of us have suffered from - the influenza or 'flu' virus.


Question: What do you hope to achieve with the Going Viral podcast series?

Dr Peter Hobbins: The flu is more than just a bad cold. While it's always a misery to catch the disease, for some people the experience is life-threatening. The history of influenza, especially over the last few centuries, has also shown us that new forms of the virus can occasionally emerge which can put millions of lives at risk. Nearly a century ago an estimated 50 million people died from the 'Spanish flu' pandemic of 1918-19, which affected almost every human settlement and city on Earth. I hope that this series reminds people that simple measures, from being vaccinated to washing hands or wearing face masks, can do more than reduce your personal risk of catching the flu. They can also help stop its spread throughout the community - especially to our most vulnerable members.


Question: Can you give us an insight into your Going Viral podcast?

Dr Peter Hobbins: I'm on the first episode titled The History of the Flu. I discuss where we believe the flu came from, how it affected people in the past, and the ways it was treated when our medical ideas were quite different from today's. I explain how beliefs about how the flu spread and could be prevented made sense to people 100, 200 or 500 years ago, even though they are quite different from today's understanding. I also outline the origins of our modern understanding of influenza as a virus that can largely be prevented through immunisation came to be developed after the global tragedy of the 'Spanish flu' pandemic. 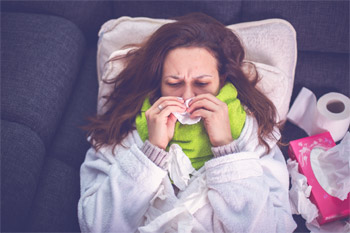 Question: Are you able to provide a brief indication on the historical human toll of flu?

Dr Peter Hobbins: Current-day medical scientists estimate that the disease proves fatal for up to half a million people who catch it during the annual flu season. Up until the 1950s the risk was much higher owing to our lack of an effective vaccine, and the absence of antibiotics to deal with any bacterial infections which regularly developed as a consequence of being weakened by the flu. Consider this impact during normal years, then adding in more severe epidemics - plus the global pandemics such as those of 1918, 1957 and 1968 - over the past century alone it's likely that roughly 100 million people have died after being infected with influenza.


Question: How have we learnt to protect ourselves from the flu, overtime?

Dr Peter Hobbins: Understanding that the disease is caused by a virus, which can spread in tiny particles sneezed or coughed into the air, has had a fundamental impact. Even in 1919, before it was certain that flu was caused by a virus, anyone who went into public in Sydney was asked to stay at home of they became sick. Healthy people were encouraged to wear face masks for their own protection. Thee measures still work, alongside washing your hands after being in public places, and making sure to cover up when coughing or sneezing. But 100 years ago there were only a few effective vaccines against a small range of diseases. Especially since the 1950s, it's become clear that because the flu virus changes so regularly, the best protection is an annual flu shot which helps your immune system fight off the current versions 'doing the rounds' in the winter months. 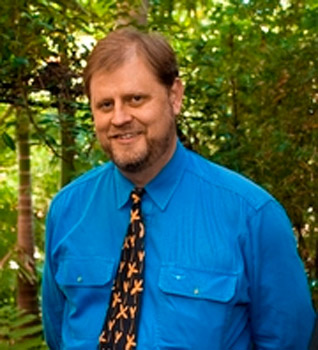 Question: How does the flu differ from a cold?

Dr Peter Hobbins: Colds are generally milder than the flu and have a shorter duration. They also affect only the upper respiratory tract - classically causing a sore throat, coughing, and a runny or blocked nose. Even though colds can be quite bad, and leave you feeling awful, the flu is almost always worse. It usually doesn't cause a sore throat, but often provokes a runny nose or sneezing, and sometimes can lead to dangerous, deep-seated lung infections. But what really helps set the flu apart is the fact that it often affects the whole body, causing headache, muscular aches and a general sense of weakness, lasting 5-10 days. What most people with the flu crave is lots of bed rest, and it's often the best thing for them.


Question: What are your top tips to protecting ourselves against the flu, this Winter?

Dr Peter Hobbins: Frequent handwashing, especially when you've been out in public or on public transport
Covering your mouth when you cough and sneezing into a tissue
Stay home when you're sick, so you don't infect other people
See your healthcare professional for information about vaccination