Heinz Soup is encouraging sniffly, sleepy, sneezy Aussies to choose their bed over the boardroom this winter after new research commissioned by Heinz reveals that two thirds of Australians (66%) are putting their colleagues, customers and others at risk by going into work when they are sick, instead of staying home to rest.

The Heinz Soup When You're Sick Survey*, conducted by YouGov, reveals that while Australians are entitled to 10 days1 sick leave per year, many are instead pushing through and going into work – with men more likely than women to go to work unwell – and spreading their germs further.

More than half of survey participants say they have to be really sick to take a day off work, with Millennials the most likely to feel this way (61%), followed by Gen X (56%) then Baby Boomers (54%). Healthcare expert, Dr Brad McKay**, says: "It's best to rest when you're feeling sick this winter. Forcing yourself into work is the worst thing you can do - it can make you sicker for longer, and you'll expose your workmates to the same germs you're trying to fight off. Stay comfy in your favourite pair of pyjamas, stay well hydrated with some warm soup, but most of all – stay at home!"

Comfort In The Cold

How to comfort the common cold? The Heinz Soup When You're Sick Survey shows that most turn to soup as their 'go to' food when sick (70%), followed by toast (32%), and stew (26%). The study also revealed chicken soup as the most popular flavour, with a third of participants stating it was their preferred choice, followed by pumpkin (17%) and pea and ham (10%).

Heinz Soup has come up with some simple tips to seeking comfort when feeling ill this winter:

Feet Up – Take time off to rest up at home, preferably in bed or on a couch
Warm Up – Heat up a bowl of your favourite Heinz soup on the stovetop or in the microwave
Drink Up – Drink up and enjoy the hearty warmth and flavour Australia's #1 comfort food and remember to complement with lots of water throughout the daytime.

Dr Brad McKay added, "Colds can quickly make you dehydrated, so it's important to drink plenty of fluids when you're sick. An inflamed throat makes it sore to swallow, a high fever evaporates fluid from your body, and painful muscles make it hard to prepare a meal. However, warm soup is fantastic when you're feeling sick. It soothes your throat, helps you rehydrate, provides you with nutrition to get you through the day, and soup is easy to prepare when you're feeling tired and aching all over."

While the majority of us are shunning our sick days and staying in the office when unwell, we are in fact a health-conscious nation, with more than three quarters (79%) admitting they proactively encourage their ailing colleagues to go home if they're unwell. However, some (11%) admit they're too timid to say anything.

Further, women (85%) are much more likely than men (74%) to encourage sniffly colleagues to leave work, with the older generation of Baby Boomers the most likely to suggest they head home for some much-needed rest (83%).

Heinz Soup is encouraging Aussies to stay home when a cold strikes, and as a bit of extra encouragement, and a spoonful of comfort, they're giving away 100 'Say it With Heinz Soup' care packages for Australians to share with their unwell loved ones.

Shalabh Atray, Chief Marketing Officer, Kraft Heinz, Australia, said: "It's no surprise that soup gives Aussies the best of comfort when they're feeling unwell, so Heinz Soup is here to help by giving away 'Say it With Heinz Soup' care packages this winter season. After all, nothing says 'get well soon' quite like a bowl of soup." 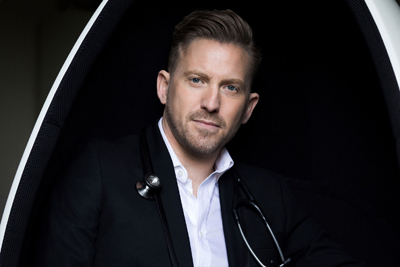 Question: Are you surprised that 60% of women went to work when sick?

Dr Brad McKay: It's unsurprising to hear 60% of Australian women still intend to go to work when they're sick, but it's not a figure we should be proud of.

It's a challenge to convince some of my female patients to take time away from work when they're feeling unwell, and I blame part of that difficulty on the ethereal concept of 'Man-Flu'.

'Man-flu' has become ingrained in modern Australian culture, where men are stereotypically seen to experience influenza far worse than women. Men are expected to fall apart at the seams even when we get a sniffle, however, on the flip side of this stereotype is the expectation that women just need to keep going despite feeling awful.

There appears to be more acceptance for blokes to take a break when they're sick, but where's our sympathy for women suffering from 'Woman-flu'?!


Question: Why do Australians feel the need to still go to work, when they are sick? Australians are hard workers and we think we're doing the right thing by going into work, even if it's a struggle to just get out of bed. We push ourselves to the limit and our employers want to see increasing profits, in shorter times, using less staff. It's easy to get caught up in the momentum of work life, but it's important to occasionally take a step back and look after your health.

When you're getting sick, the best thing to do is rest up, drink plenty of fluids, and take time off work to recover. You'll only prolong your illness by turning up to work, and you'll make it worse for your team mates if your respiratory tract infection is spread around the office.


Question: When should we take a sick day?

Dr Brad McKay: You're unlikely to be productive at work if you're feeling terrible, so it makes sense to stay home.

Healthcare workers and people who handle food need to be even more careful, as there's a much higher risk of spreading infection to the general public, or to people whose health is already a little fragile.

Healthcare workers with influenza are recommended to take a break from work until their symptoms are completely resolved, or until at least 5 days has passed since the start of their symptoms.

Common colds and influenza can spread if you're coughing, sneezing, or even just breathing in a public space - so please don't go shopping when you're feeling sick!

Prepare for winter by keeping some ready-made soup in the pantry, such as from Heinz, then when you start getting sick you won't need to leave the house. Chicken soup is a popular option because not only is it hydrating, it also offers some protein.


Question: Is it too late in the season to get the flu vaccine?

Dr Brad McKay: This is a common question, but it's definitely not too late to get the flu vaccine. If you haven't been immunised yet, please go out and get it. And if your kids are over 6 months, please immunise them against flu too!

Even if you've already had influenza this year, you can get it again. The vaccine covers 3-4 different types of influenza virus, so it can offer protection against the other strains.

In Australia the peak flu season typically lasts from July to September. It takes about 2 weeks for the flu vaccine to stimulate your immune system and provide protection.


Question: What precautions should we take against avoiding the sickness, this winter?

Dr Brad McKay: We typically think of common cold and flu viruses spreading through the air after coughing or sneezing, but these viruses are also transmitted via hard surfaces. Coughing and sneezing releases viral particles into the air for a few hours, but viruses can remain alive for up to 24 hours on hard surfaces we frequently touch, like door handles, taps, towels, and hand rails.

Limit the chance of infection by regularly washing your hands with soap and water, or use antiseptic gel when you're on the move, and especially after using public transport. Some office spaces invest in a diligent cleaner to regularly wipe down door handles and other surfaces over the day.

Overall, the best way to protect yourself from influenza is to get vaccinated each year.


Question: What can we do to pass a sickness in the quickest way, possible?

Dr Brad McKay: Common colds and flu can quickly cause dehydration, so it's important to drink plenty of fluids.

Cold and flu tablets assist in reducing a fever, decrease muscle aches and pains, and help dry up a runny nose.

Blocked noses can be alleviated by steam inhalation, and this can be achieved in a couple of ways. You're probably familiar with putting a few drops of menthol or eucalyptus oil into a bowl of hot water, popping a tea towel over your head and breathing in the steam - but sipping hot chicken or vegetable soup and inhaling the aroma is another pleasant way of humidifying your nasal passages and unblocking your nose. If all else fails, there's always nasal decongestant sprays which you can get from your local pharmacy.

Antiviral medication is available for influenza, but is usually saved for patients in hospital who are extremely unwell. There are plenty of over the counter products available, but many aren't that effective. Rather than guessing, please speak with your doctor or pharmacist to see what might be the most appropriate for your symptoms.

We normally rely on our immune system to fight off respiratory tract infections, but if you've been sick for weeks and not improving, or especially if you're feeling worse when you should be feeling better, please see your doctor.


Question: What are the best comfort foods and drinks, for when we're at home sick?

Dr Brad McKay: An inflamed throat makes it sore to swallow, a high fever evaporates fluid from your body, and painful muscles make it hard to prepare a meal - however, warm soup is a fantastic solution. It soothes your throat, helps you rehydrate, provides you with nutrition to get you through the day, and it's easy to prepare at home when you're feeling weak.

A steaming hot bowl of soup helps open up your sinuses, and warms you up on a cold winter's day, and there's a comforting familiarity with soup that brings you right back to your childhood.

The latest research from Kraft Heinz shows that soup is Australia's number one comfort food when we're feeling unwell. We all joke about the mystical healing qualities of chicken soup, but chicken soup is the most popular flavour, and it's actually a helpful option when you're recovering from the flu.

After being stuck in bed for days, chicken soup works great as a rehydration solution because it provides plenty of electrolytes, vitamins, and protein to help regain your strength.

Winter is here and we're expecting the flu season to get much worse over the next few months. It's a good time to stock up on Heinz soup and keep it in your pantry. When a cold or flu strikes, it's handy to have some soupy meals prepared and ready to go.

Heinz Soup is encouraging Australians to stay home when a cold or flu strikes this winter, and they're giving away a limited edition of 'Say it With Heinz Soup' care packages for Aussies to share with their loved ones or colleagues who are feeling under the weather this winter. More details are on the Heinz AU Facebook and Instagram pages.

Photo by Brittany Colette on Unsplash