Thanks to Flip Out Trampoline Park, here is your chance to win one of 4 x Family Passes for some serious fun.

Flip Out is Australia's first and largest trampoline arena.

Dozens of trampolines, all connected to create one giant trampoline that literally allows you to bounce, jump or flip off the walls. Flip Out is all about having fun with your mates. It's about uninhibited laughter, adrenalin-pumping play and the exhilaration of being air-born. Flip Out is about getting healthy and active...without slaving away in a gym.

And it's not just for kids. We fill a huge gap in the entertainment market by catering to children, teenagers, mums, dads and grannies alike.

We not only bring families together, we bring the community together. Trampolining unites people. It can break down language and cultural barriers. Flip Out has seen crime levels significantly decreasing in troubled areas by offering young people an alternative to getting into trouble.

From Flip Out's humble beginnings in a Western Sydney car park just 18 months ago, the franchise has expanded to a whopping 15 sites across the country, employing over 350 people and boasting the most progressive trampoline entertainment in the world.

All the while CEO and owner Brent Grundy, a man with a simple business idea who built his empire from the ground up, has become living proof that someone can become a millionaire in less than a year.

Brent now has his sights on global domination; with stores already opened in Taiwan, Brent is now taking his dream to Dubai, New Zealand, Pakistan, Indonesia, Philippines, and Afghanistan, with the view to have locations across 13 countries within the year.

Back in Australia, thousands continue to flock through the doors of Flip Out arenas each day.

Check out your closest venue http://flipout.net.au/ 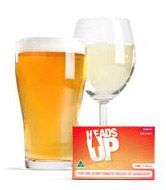