Thanks to Simon & Schuster here is your chance to get creative and win a copy one of 5 copies of Cupcakes.

In October 2004, Martha Swift and Lisa Thomas started baking cupcakes for children's parties in Primrose Hill, North London. The two mothers, each with two children discovered that the cakes they wanted (ones that tasted as delicious as they looked) were nowhere to be found.

They knew cupcakes were big in Australia and America but wondered why these delicious little treats couldn't be found in London. So the two women decided to make their cupcakes, using only natural ingredients, with no preservatives, artificial colours or flavours.

Finally, in 2006, they had outgrown their domestic kitchen and opened their first bakery and café in Primrose hill, where they made everything on site but continued to bake and decorate by hand, determined to hold onto their idea of home-baking on a commercial level. They also cater for a number of private parties and events including fashion week events, the British Music Awards and Elton John's 60th birthday. The Primrose Bakery now has a sister store in Covent Garden and is favoured by Kate Moss and David Williams.

"It's not simply about cupcakes," says Swift and Thomas. "It's about producing food that is different- that looks different and tastes different. It's about food that smells delicious and that you want to eat but don't have to share!"

'There is no better place in London to get cupcakes' - Evening Standard
'London's smartest cupcake emporium' - Sunday Times Style Magazine
'This is an utterly enchanting book' - Nigella Lawson. 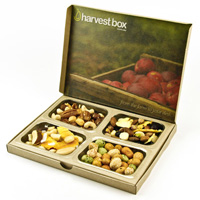