Thanks to Twentieth Century Fox Home Entertainment here is your chance to win a copy of the romanic comdey '27 Dresses' on DVD starring Katherine Heigl and her journey to walk down the aisle.

A BRIDESMAID NO MORE!

Katherine Heigl (Knocked Up, TV's Grey's Anatomy) lights up the screen in this charming romantic comedy from the screenwriter of The Devil Wears Prada. Heigl stars as Jane, a romantic, completely selfless woman who's been a happy, helpful bridesmaid no less than 27 times. But her own fairytale wedding seems to be nowhere in sight. Until younger sister Tess (Malin Akerman) captures the heart of Jane's boss (Edward Burns)-with whom she's secretly in love- inspiring Jane to change her "always a bridesmaid" destiny.

Say 'I Do' to 27 DRESSES on DVD from Twentieth Century Fox Home Entertainment (TCFHE). This hit romantic comedy, will have you falling in love with Jane (Katherine Heigl), a hopeless romantic whose entire life has been about making other people happy - and she has a closet full of 27 dresses to prove it!

From the screenwriter of The Devil Wears Prada, Katherine Heigl (Knocked Up, Grey's Anatomy) leads the 27 DRESSES cast - although not always in the most fashionable of wedding frocks. Joining in on Jane's journey to her own happiness are James Marsden (Hairspray, X-Men Trilogy); Edward Burns (The Holiday, Life or Something Like It); Malin Akerman (The Heartbreak Kid); and Judy Greer (My Name is Earl).

A STUFFED CLOSET OF SPECIAL FEATURES

Here's an interactive guide to the best shopping in 27 Cities around the world. You can search regionally or just move from city to city. Even if you can't make it to these destinations, you will be thought of as the expert on the subject by your friends! 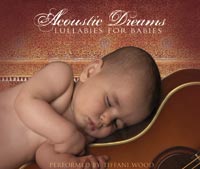