Thanks to Madman Cinema and the release of Paris Je Taime, here is your chance to win double passes.

From the producers of AMELIE, PARIS JE TAIME is a collection of 18 short stories, each inspired by an arrondissement (district), created by and starring a stunning line-up of internationally renowned directors and actors; each short rediscovers the city of Paris in a communal work about love.

SYNOPSIS BY ARRONDISSEMENT
'In each arrondissement there's an underworld we rarely see and it was this we wanted to show.' - Walter Salles Montmartre: Bruno Podalydes
While struggling to find a parking space in the narrow streets of Montmartre, a man asks himself what on earth is wrong with him & why cant he find true love? A mysterious woman suddenly faints beside his car. Is this the love encounter he has been waiting for?

Quais de Seine: Gurinder Chadha
François and his two friends shout pick-up lines at girls walking along the banks of the river Seine. When François sees a beautiful Muslim girl trip over, he goes to her aide despite his friends laughing. She leaves for the mosque & he rejoins his friends but quickly realizes he cant let the girl walk out of his life.

Le Marais: Gus Van Sant
On entering a printers shop, a young man, Gaspar, is immediately drawn to the printers apprentice, Eli. Gaspars youthful analysis and proclamation of this strange new sensation falls on Elis deaf ears. It is only after Gaspar leaves that Eli realizes something special and unique just happened...

Tuileries: Joel & Ethan Coen
An American tourist reads his guidebook on the platform of the Tuileries subway station. He notices a young French couple kissing passionately on the opposite platform. He realizes too late that he should have taken the guidebooks advice: Never look anyone in the eyes in the Parisian subway! A hilarious comedy ensues.

Loin du 16ème: Walter Salles & Daniela Thomas
At dawn, a young immigrant mother reluctantly leaves her baby in a local nursery to take the suburban train heading towards the city. After the exhausting journey she arrives in the luxurious 16th arrondissement and her job as nanny to another mothers child.

Porte de Choisy: Christopher Doyle
A surreal encounter between a traveling salesman and the beautiful boss of a Chinese hair salon.

Bastille: Isabel Coixet
A man is preparing himself to ask his wife for a divorce in order to live with his passionate young mistress when his wife suddenly bursts into tears, announcing she has cancer and only a few months to live. He decides to drop everything to take care of his wife. His life is turned upside down as he falls in love with her for the second time.

Place des Victoires: Nobuhiro Suwa
A womans sleep is troubled by the cries of her dead child. She returns to the square where her child passed away and meets a strange cowboy. He allows her to spend a moment with her son before he disappears once more.

Tour Eiffel: Sylvain Chomet
A lonely mime artist spends his days annoying the tourists mingling around the foot of the Eiffel Tower until he is picked up by the local police for disturbing the peace. The police station turns out to be where he finds his soul mate, a beautiful female mime.

Parc Monceau: Alfonso Cuaron
An older American man is late for his rendezvous with a beautiful and willful young French woman. As they walk along the boulevard their heated conversation reveals an intimate and complicated relationship.

Quartier des Enfants Rouges: Olivier Assayas
A beautiful American actress is shooting a period drama in an old mansion in Paris. She strikes up a relationship with a mysterious local drug dealer, but will she find the satisfaction she is searching for?

Place des Fêtes: Oliver Schmitz
A man lies dying in the middle of the Place des Fêtes. Sophie, a young and inexperienced medic, attends to him only to realize they have already met before.

Pigalle: Richard LaGravenese
A sexy love game in the heart of the Pigalle red light district as an older couple struggles to save their relationship.

Quartier de la Madeleine: Vincenzo Natali
A young man stumbles across a vampire feeding on her latest prey. He is immediately drawn to her captivating charms and will go to any length to make her his.

Père Lachaise: Wes Craven
Newly weds battle out their differences as they wander through the graves of Père Lachaise cemetery. It is only with the enigmatic appearance of Oscar Wildes ghost that their story finds resolution.

Faubourg Saint Denis: Tom Tykwer
A beautiful American actress calls her blind boyfriend to tell him their relationship is over. In a journey through the young mans mind we trace their relationship from the very first meeting. A parable of perception and forgiveness.

Quartier Latin: Frédéric Auburtin & Gérard Depardieu
A dapper old American meets up with his ex-wife to ask for an official divorce. The niceties out of the way, Ben and Gena begin to throw insults. A biting black comedy that reveals wounds still open after years of separation, and a love that will never die.

14ième arrondissement: Alexander Payne
An American tourist comes to an understanding and acceptance of herself when walking through the 14th arrondissement of Paris in the amusing and touching conclusion to Paris, je t'aime.

'When they told me the 20th arrondissement was available, my reaction was 'Oh, there's a big cemetery there - perfect!' It's a really a great place, the perfect setting for a film that aims to provide multiple perspectives on life.'
- Wes Craven 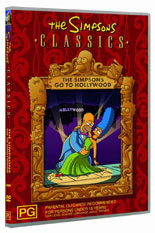 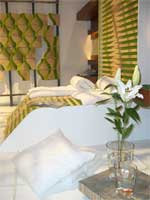