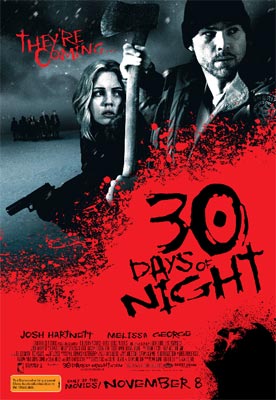 Thanks to Icon Movies here is your chance to win a double pass to see the new horror film '30 Days of Night'.

Adapted from the break out comic book series, 30 Days of Night is set in Barrow, Alaska, the northernmost town in the United States where the sun sets for thirty consecutive days during winter.

As the town shuts down, most of the hundreds plus people who stay for the darkness are mysteriously ravaged within minutes. Unseen predators cut off all means of communication and escape. The small band of people who survive the initial onslaught are led by a young sheriff couple, Eben and Stella, in their fight to stay alive until the return of daylight.... 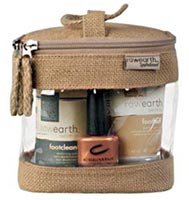