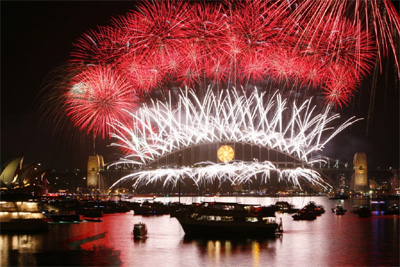 The City of Sydney's - Sydney New Year's Eve team is planning another world renowned fireworks celebration in the countdown to 31st December 2009! "We're in the midst of mapping out another fantastic Sydney New Year's Eve, to inspire everyone to reflect on the trials, challenges and joys of the past 12 months and feel optimistic about the year ahead," said Lord Mayor Clover Moore MP.

Sydney New Year's Eve is the largest and most technologically advanced fireworks show in the world, featuring the majestic Harbour of Light Parade, two fireworks shows and a Bridge Effect which all light up the world's most stunning harbour. This years celebration will see more than 3,000 kilograms of explosive devices, including approximately 11,000 shells, 10,000 shooting comets and 100,000 individual pyrotechnic effects fired from barges in the harbour and the Sydney Harbour Bridge.

"Sydney New Year's Eve is one of the world's greatest gatherings of celebration, hope, friendship and family, and best of all it's free for everyone to enjoy!" said Rhoda.

"We're all so excited about creating another magical night for Sydneysiders and visitors from across Australia and around the world." For a safe and enjoyable 2009 Sydney New Year's Eve: 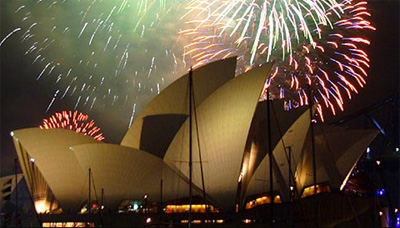