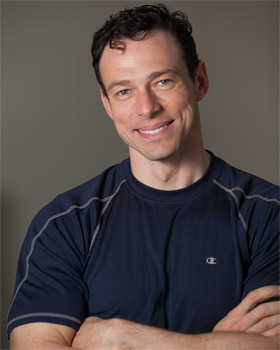 Christopher Showerman, best known for his role in the 2003 movie 'George of the Jungle 2," has joined the cast of the CBS TV series 'Supergirl." He will be playing the role of a character called Tor, who will be seen with the villain Non (Chris Vance).

The TV series will be returning on Jan. 4, 2016 with the ninth episode titled 'Blood Bonds," which is directed by Steve Shill. Showerman's character will be featured in this episode and is believed to be a recurring character throughout the remainder of the season, according to a press release sent via email.

Showerman was previously a contender to play the role of Supergirl's cousin about ten years ago in Bryan Singer's 'Superman Returns." The bodybuilder and actor has now managed to land a part in the female superhero show.

This will not be Showerman's first project involving a comic book character. The actor played the role of the Caped Crusader in the 2015 short movie 'Batman: Personal Issues." He was also a part of 'The Adventures of Captain Fantastic & Mega Mom" and some of his forthcoming projects include 'Executive Protection," 'Blackwater," 'Just Plain Dead," 'Of Fortune and Gold," 'Liberty," 'Smoke Filled Lungs" and 'Lady Bug."

'Supergirl" is not the first CBS series that Showerman will be a part of. In 2006 he played the role of a character called Pete Nealy in the TV series 'CSI: Miami." Some of his other projects include 'Big Game," 'Sea of Fear," 'Dead Country," 'Live Fast, Die Young" and 'The Land That Time Forgot."

Apart from his acting career, Showerman has also focussed on production. He has been a producer for projects like 'Shooting for Home" and 'Between the Sand and the Sky." He played the roles of writer, director, composer (he sang all the songs!) and producer for the movie 'Radio America." – released last month in America.

According to the synopsis of 'Supergirl," Non will capture Hank (David Harewood), which will lead to a tense standoff between the two sides. Meanwhile, Kara (Melissa Benoist) will continue to refute Cat's (Calista Flockhart) allegations that she is Supergirl.

Question: What is Supergirl about?

Christopher Showerman: Supergirl, the cousin of Superman, is also an orphaned Kryptonian who came to find sanctuary on planet earth. And while she's here, she uses her power to fight crime and quell mayhem. The show embodies strong principles and values, a volume of parables that speak to real issues that we all face. In a world of reality TV that panders to our basest instincts, I think Supergirl sets a great example.


Question: Can you tell us about your character, in Supergirl?

Christopher Showerman: Tor is a militant Kryptonian serving under Non. We're just there to fix what Supergirl is messing up. I can't reveal any spoilers, but I can tell you that Non (Chris Vance) is a badass!


Question: Will this be an ongoing character in the Supergirl series?

Christopher Showerman: One can only hope! But Tor-An does have a considerable story arc in the original Superman lore.


Question: What is it like working with Chris Vance?

Christopher Showerman: Chris is great! A consummate professional and a very generous scene partner. He is a fantastic actor and has a palpable charisma. Chris has created so many great moments in TV from Prison Break to The Transporter series. I couldn't believe my good fortune to get to work with him!


Question: How did you go from body building to acting?

Christopher Showerman: I was into fitness from a pretty young age. I started working out when I was 7. However, I started acting when I was 5, so I guess I went from acting to body building! Like an entire generation of young guys, I was inspired early on by actor-body builder Arnold Schwarzenegger, who was inspired early on by actor-body builder Reg Park. Not that I am comparing myself to either one of them, but it does seem like fitness and acting historically go together nicely!


Question: What inspired your acting career?

Christopher Showerman: I don't remember playing much with dolls and action figures when I was little. I always wanted to live the stories of my imagination personally rather than project them onto a toy. So perhaps those were the first inklings of my thespian tendencies?

I love watching movies! and every once in a while, I will be so touched by a movie that it will affect how I live my life beyond the few hours I sit mesmerized by the picture. Actors like Robert Duvall, Anthony Hopkins, Tom Hanks, Jimmy Stewart, Ryan Gosling, and Javier Bardem have all moved me by their honest and sincere performances. When I see work like that, it makes me want to work harder to step up my game!


Question: Where did your passion for body building begin?

Christopher Showerman: When I was in 2nd grade, I made a muscle during quiet hour. My friend Sue shouted out "Look at Chris's muscle!" and that's all it took. I wanted to find out how to build more muscles so I could get more attention like that!!

Christopher Showerman: I typically don't have a typical day. But on many weekdays I'm up at 5 to hit the gym. I love getting my workout done first thing in the morning. It gets my blood going and makes me feel like I've accomplished something. I'll always follow up with some kind of breakfast - it really is the most important meal of the day. That's pretty much the part of the day I have control over - after that, I have no idea what will happen next. I just try to hold on!

Christopher Showerman: I'm signed on to a project done by my pal Asif Akbar that is suppose to start filming in February. It is a cool story – think Area 51.


Question: Any chance of returning to Australia, soon?

Christopher Showerman: I hope so!!!! I loved Australia so much!! The food was great! The land was lovely! And the people were PHENOMENAL!! I honestly spent some of the best days of my life in Australia and I can't wait to come back!