It has been confirmed today that the multi-award winning, record breaking musical CHICAGO is coming to Melbourne next summer! Produced in Australia by John Frost and Suzanne Jones, this Australian production will premiere at Sydney's Capitol Theatre in August before the Brisbane season in November at QPAC's Lyric Theatre and culminating in a season at the State Theatre, Arts Centre Melbourne from December.

The sassy musical will star some of Australia's most talented performers. Starring as the irreverent and determined Roxie Hart, is one of our most versatile entertainers, Natalie Bassingthwaighte and joining her as the empowered and glamorous Velma Kelly is musical theatre star Alinta Chidzey. Much adored Casey Donovan joins the duo as the tough and sassy prison warden Matron 'Mama' Morton.

"Arts Centre Melbourne is home to the record-breaking summer musical in Melbourne. After the recent triumphs of Evita, and before that Dream Lover – The Bobby Darin Musical, we are absolutely thrilled to be the venue of choice for CHICAGO. We're delighted to be able to offer our audiences another magical experience – this time travelling back to the Golden Age. Bob Fosse's legacy will be brought to life by an outstanding cast, and we can't wait to see it!", said Claire Spencer, CEO Arts Centre Melbourne

The Kander & Ebb musical has been seen by over 31 million people worldwide in 36 countries and is the winner of six Tony Awards, two Olivier Awards and a Grammy Award. CHICAGO continues to play on Broadway and around the world in multiple languages and is the longest running American musical in Broadway and West End history.

Natalie Bassingthwaighte joins the cast as Roxie Hart having developed a rich career as an actor, musician and TV presenter. The multiple Logie Award nominee has vast acting credits in film and on television including her successful run on Neighbours as Izzy Hoyland. Natalie was the host of So You Think You Can Dance and a judge on The X Factor in both Australia and New Zealand. As the front woman for Australian pop dance group The Rogue Traders she went on to dominate the pop music charts before she also released her solo album which debuted at Number 1 on the ARIA charts. She turns full circle returning to the stage after commencing her career in musical theatre productions such as Rent, Grease and Footloose.

Joining Natalie as Broadway's most infamous femme fatales is Alinta Chidzey in the role of Velma Kelly. Alinta has forged a most successful career in entertainment from her acting credits in Wentworth, Neighbours and Winners and Losers to her album releases as a Jazz vocalist and songwriter. She has most notably earned her position as one of Australia's true leading ladies of the musical theatre stage having performed as Anita in West Side Story, Mary Magdalene in Jesus Christ Superstar, Kathy Selden in Singin' In the Rain, Magnolia in Show Boat and joined Hugh Jackman on stage in his Broadway to Oz tour.

Playing Matron 'Mama' Morton is powerhouse vocalist Casey Donovan. She is best known to Australian audiences after winning Australian Idol as a 16 year old in 2004. Since then Casey has flourished into one of the country's most in demand performers. She continues to release music after her ARIA Number 1 debut album and tours extensively playing live around Australia. She won the title on I'm a Celebrity Get Me Out of Here in 2017 whilst also nurturing a blossoming stage career which has seen her cast in musical theatre productions including The Flower Children, The Sapphires, Rent and We Will Rock You. 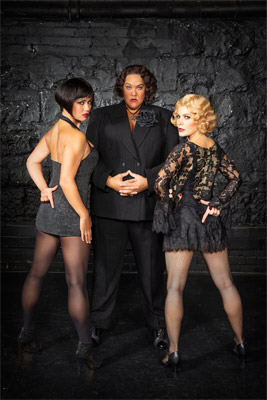 Set amidst the razzle-dazzle decadence of the 1920s, CHICAGO is the story of Roxie Hart, a housewife and nightclub dancer who murders her on-the-side lover after he threatens to walk out on her. Desperate to avoid conviction, she dupes the public, the media and her rival cellmate, Velma Kelly, by hiring Chicago's slickest criminal lawyer Billy Flynn to transform her malicious crime into a barrage of sensational headlines, the likes of which might just as easily be ripped from today's tabloids.

Review: Sensational, absolutely loved it. Plenty of energy, fantastic vocals and a touch of humour makes this the most exciting show on offer right now.  A Classic, Chicago is staged perfectly at the stunning State Theatre.  I've seen every Chicago made, and I loved this rendition. A well oiled all star Australian 'Chicago' cast will steam up your Melbourne summer with plenty of sass, jazz and a whole lot of razzle dazzle.

Natalie Bassingthwaighte is a convincing and manipulative Roxy, Alinta Chidzey does Velma justice with a strong performance, Casey Donovan the Mama you don't want to mess with and Jason Donovan as the sly but convincing Billy, but you have to love the simplistic Mr Cellophane played by Rodney Dobson who will surprise you. 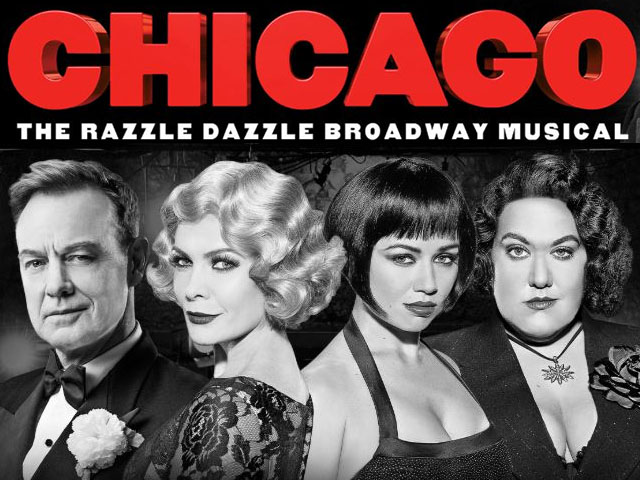