Vivien Leigh (born Vivian Mary Hartley, and also known as Lady Olivier after 1947; 5 November 1913 – 8 July 1967) was an English stage and film actress. She won two Academy Awards for Best Actress, for her iconic performances as Scarlett O'Hara in Gone with the Wind (1939) and Blanche DuBois in the film version of A Streetcar Named Desire (1951), a role she had also played on stage in London's West End in 1949. She also won a Tony Award for her work in the Broadway musical version of Tovarich (1963).

After completing her drama school education, Leigh appeared in small roles in four films in 1935 and progressed to the role of heroine in Fire Over England (1937). Lauded for her beauty, Leigh felt that her physical attributes sometimes prevented her from being taken seriously as an actress. Despite her fame as a screen actress, Leigh was primarily a stage performer. During her 30-year career, she played roles ranging from the heroines of Noël Coward and George Bernard Shaw comedies to classic Shakespearean characters such as Ophelia, Cleopatra, Juliet, and Lady Macbeth. Later in life, she performed as a character actress in a few films.

At the time, the public strongly identified Leigh with her second husband Laurence Olivier, who was her spouse from 1940 to 1960. Leigh and Olivier starred together in many stage productions, with Olivier often directing, and in three films. She earned a reputation for being difficult to work with, and for much of her adult life she suffered from bipolar disorder as well as recurrent bouts of chronic tuberculosis, which was first diagnosed in the mid-1940s and ultimately claimed her life at the age of 53. Although her career had periods of inactivity, in 1999 the American Film Institute ranked Leigh as the 16th greatest female movie star of classic Hollywood cinema. 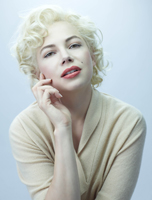 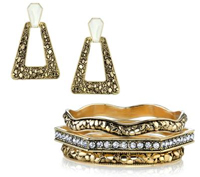 "Belle Noel was inspired by the true art of costume jewellery that became popular in the 30's. My collection...

Great Romances of the 20th Century

They met and loved - in the full glare of the spotlight. They were the biggest names of the 20th Century, drawn... 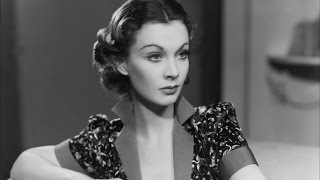