Sheena Shirley Easton (née Orr; born 27 April 1959) is a Scottish singer, songwriter and actress with dual British-American nationality. Easton first came into the public eye as the focus of an episode in the first British musical reality television programme The Big Time: Pop Singer, which recorded her attempts to gain a record contract and her eventual signing with EMI Records.

Easton's first two singles, "Modern Girl" and "Morning Train (Nine to Five)", both entered the UK Top Ten, and she was the first UK female artist to appear twice in the same Top Ten since Ruby Murray. In 1981, "Morning Train (Nine to Five)" topped the US Hot 100, making her the third UK female solo artist to achieve this, following Petula Clark and Lulu, and she became one of the most successful British female performers of the 1980s.

A six-time Grammy nominee in the U.S., Easton is a two-time Grammy Award winner, winning Best New Artist in 1981 and Best Mexican-American Performance in 1985, for her duet with Luis Miguel on the song "Me Gustas Tal Como Eres". She has received five U.S. Gold albums and one U.S. Platinum album. She has recorded 16 studio albums, released 45 singles total worldwide, and had 20 consecutive US singles, including 15 U.S. Top 40 singles, seven U.S. top tens and one U.S. No.1 on the Billboard Hot 100 between 1981 and 1991. She also had 25 top 40 hits in international territories around the world. In Canada, Easton scored three gold and two platinum albums. She has sold over 20 million albums and singles worldwide.

Easton became the first and only artist in history to have a Top 5 hit on five different Billboard charts consecutively, with "Morning Train (Nine to Five)" (both Pop and Adult Contemporary), "We've Got Tonight" with Kenny Rogers (Country) and "Sugar Walls" (both R&B and Dance).

Easton's other hits include the James Bond theme "For Your Eyes Only", "Strut", "U Got the Look" and "The Arms of Orion" with Prince, "The Lover in Me" and "What Comes Naturally". She has worked with prominent vocalists and producers, such as Prince, Christopher Neil, Kenny Rogers, David Foster, Luis Miguel, L.A. Reid & Babyface, Patrice Rushen and Nile Rodgers. 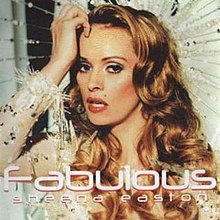 Fabulous is the 16th album by Scottish singer Sheena Easton, released in November 2000. The album charted in the UK at #185 and contains Euro Hi-NRG cover versions of hit songs from the 1970s and '80s, most of them disco classics. The album also contains two original compositions. The first single released from the album was a remake of "Giving Up Giving In", which had originally been a hit for The Three Degrees in 1978. Easton's version was less successful, peaking at #54 on the UK Singles Chart. 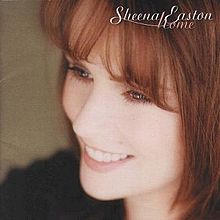 Home is the 14th studio album by Scottish singer, Sheena Easton, and was released in 1999 by Universal/Victor for the Japanese market only and charted at #97 in Japan. The disc consists of 4 covers and 6 tracks of new material and has pop/acoustic sound. 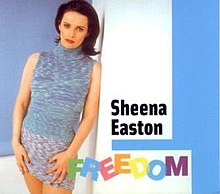 Freedom is the 13th studio album by singer-songwriter Sheena Easton released only in Japan and charting at #53. This album of new material consists of smooth, catchy dance-pop songs. Easton had producing credits on the project and writing credits on songs "One Man" and "Love Will Make You Wise". The album includes the singles "Modern Girl '97," "Love Me with Freedom," and "When You Speak My Name." 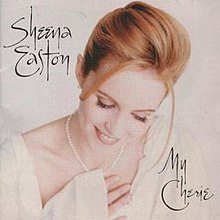 My Cherie is the 12th album by Scottish singer Sheena Easton, released in 1995 on MCA Records. The album consists of adult pop songs. The title track was issued as a single but failed to chart. Other tracks include a Diane Warren written song, "You've Learned To Live Without Me." The album marked Easton's reunion with producer Christopher Neil, who worked on her first three albums. This marks the last of Easton's albums released stateside. 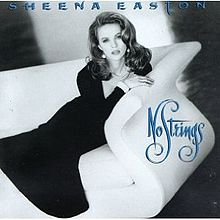 No Strings is Sheena Easton's 11th album and a departure from the Pop and R&B style of her earlier recordings with jazz-tinged production arrangements by Patrice Rushen. 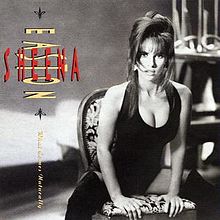 What Comes Naturally is singer-songwriter Sheena Easton's tenth studio album, released in 1991 on MCA Records. The album includes her final US Top 40 hit to date, "What Comes Naturally" (US #19, UK #83, Australia #3) which remained on the pop chart for 10 weeks. Other singles released were "You Can Swing It" and, "To Anyone" both which failed to chart.

The Lover In Me

The Lover In Me Tracks

No Sound But A Heart

No Sound But A Heart Tracks 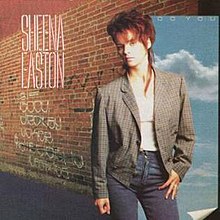 Do You is the seventh studio album from Sheena Easton. It was originally released in 1985 by EMI, and later reissued by One Way Records in '2000' remastered with B-sides and extended mixes. The album was produced by (Chic's) Nile Rodgers. 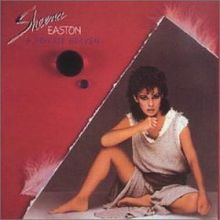 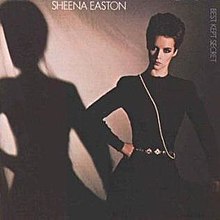 Best Kept Secret is the fourth album by Scottish singer Sheena Easton. It was released in 1983 on EMI Records.

You Could Have Been With Me

You Could Have Been With Me Tracks