Ruby Rose Aldridge (born August 26, 1991) is an American fashion model and singer. Over the years of 2008-2012, Ruby Aldridge was the "face" of the brands Coach, Marc by Marc Jacobs, Valentino, and of ck one [Calvin Klein] cosmetics. During the 2011 fall fashion week, Aldridge opened four fashion shows, which placed her, at that time, 7th in terms of the number of these appearances in a given fashion week. As of this date, she has walked in nearly 200 fashion shows, including for such top designers as Alberta Ferretti, Missoni, Sonia Rykiel, Valentino, Dolce & Gabbana, Marc Jacobs, and others, and has appeared on the covers of Harper's Bazaar, L'Express Styles, and L'Officiel, and in major magazine spreads in The New York Times, Vanity Fair, and in the Vogue editions of several countries (e.g., Italy, the U.S., China, Russia, and Latin America). Ruby Aldridge is the daughter of former Playboy playmate Laura Lyons and artist and graphic designer Alan Aldridge, and younger sister of fashion model Lily Aldridge. 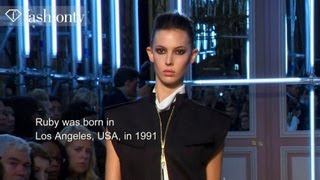 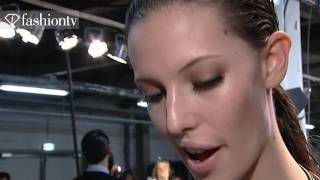 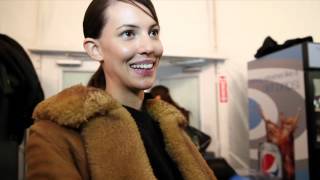 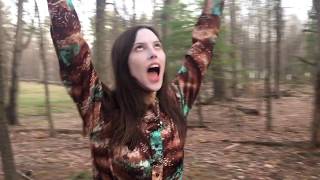 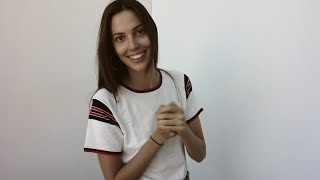