David Mervyn Johns (18 February 1899 – 6 September 1992) was a distinctive Welsh film and television character actor who became a star of British films during World War II. Continuing into the postwar era, he was a notable mainstay of Ealing Studios.

Mervyn Johns started his career in the theatre in the 1920s, and then made his first film in 1935. Among his dozens of film roles were the church warden in Went the Day Well? (1942), the fearful architect Walter Craig in the mystery film Dead of Night (1945) and Bob Cratchit in Scrooge (1951) with Alastair Sim. Johns also made many television appearances, in series such as The Avengers, Danger Man and Dixon of Dock Green. He was well known for his "mostly mild-mannered, lugubrious, amusing, sometimes moving 'little men'" in over 100 film and television series.

Johns was twice married. His first wife was the concert pianist Alys Steele. They had one daughter, the actress Glynis Johns, born in South Africa, with whom he appeared in The Halfway House (1944) and The Sundowners (1960). After Alys's death in 1970 he married the actress Diana Churchill in 1976. 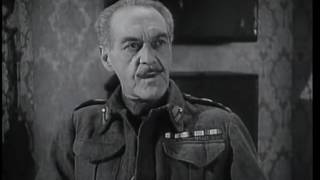