Lesley-Anne Down (born 17 March 1954) is an English actress, former model, and singer.

In 1990, Down played the role Stephanie Rogers in the CBS drama series Dallas. During 1997–99 she played Olivia Richards in the NBC series Sunset Beach. From April 2003 to February 2012, she portrayed Jackie Marone in the CBS soap opera The Bold and the Beautiful. 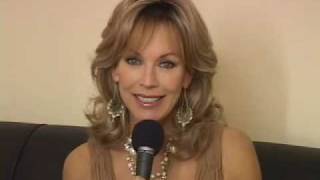