Lesley Ann Warren (born August 16, 1946) is an American actress and singer. She was nominated for the Academy Award for Best Supporting Actress for the 1982 film Victor/Victoria. She is also an Emmy Award nominee and five-time Golden Globe Award nominee, winning the Golden Globe for Best Actress in a Drama Series for the 1977 NBC miniseries Harold Robbins' 79 Park Avenue.

Warren made her Broadway debut in 1963, and her film debut in The Happiest Millionaire in 1967. Her other film appearances include Clue (1985), Burglar (1987), Cop (1988), Color of Night (1994), and Secretary (2002). She has also appeared in numerous television shows, including Mission: Impossible, Desperate Housewives, Will & Grace, and In Plain Sight. 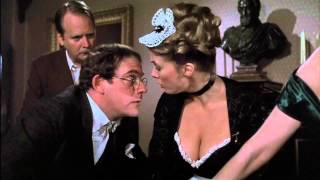