Lemon Andersen (born Andrew Andersen; April 21, 1975) is an American poet, spoken word artist and actor. He is sometimes credited as Lemon. Born and raised in Brooklyn, New York, he still resides there. He is the son of Milagros "Mili” Quiñones, from Puerto Rico, and Peter Andersen, a Norwegian-American from Bensonhurst, Brooklyn. Growing up in poverty, as a teenager Lemon experienced the successive deaths of his stepfather, father, and mother from complications of heroin abuse and AIDS, leaving him and his older brother orphaned and forced to fend for themselves. Lemon became involved in serious crime, but his growing compassion first for hip hop and then acting, and a succession of gifted mentors who recognized and nurtured his theatrical talent, resulted in his development into the powerful artist portrayed in County of Kings and Lemon. Today a much-lauded "wordsmith who thinks deeply about the sounds of syllables", Lemon Andersen's writing and live performances have received widespread popular and critical acclaim. In his November 2011 TEDYouth talk Please don't take my Air Jordans, Lemon's performance of the title poem by Reg E. Gaines is followed by his own spoken-word riff on the influence of Gaines, Etheridge Knight, and other poets on his creative growth as a poet and spoken word artist. 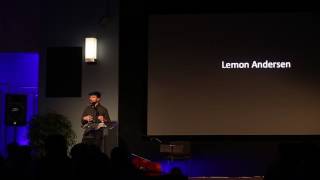 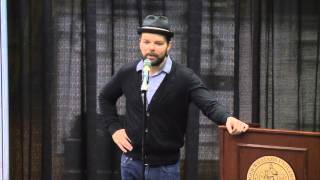 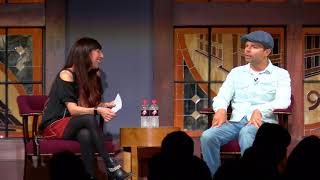 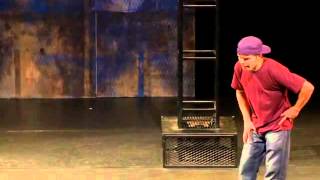 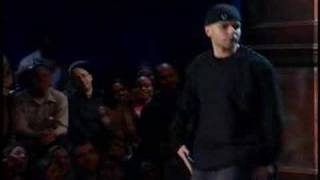 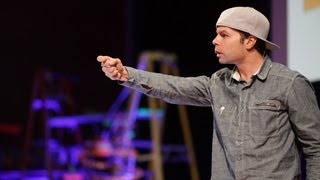