Lauren Tom (born August 4, 1961) is an American actress and voice actress. Her roles include Lena St. Clair in The Joy Luck Club, Julie in the NBC sitcom Friends, Dot in the final season of Grace Under Fire, and the voices for both mother and daughter characters on three animated TV comedy series: on Futurama she voiced Amy Wong and her mother Inez, on King of the Hill she voiced Minh and Connie Souphanousinphone and finally she voiced Numbuh 3 and her mother Genki in Codename: Kids Next Door. She portrays Celia Mack in the Disney Channel series Andi Mack. 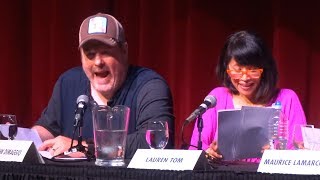 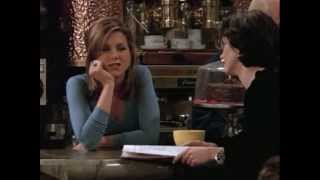 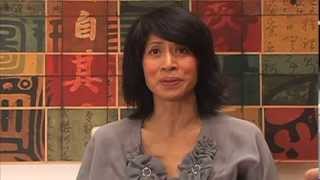 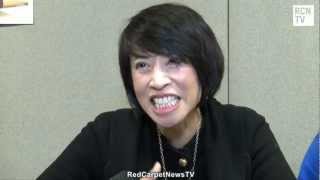