Lana Turner (; born Julia Jean Turner; February 8, 1921 – June 29, 1995) was an American actress who worked in film, television, theater, and radio. Over the course of her nearly 50-year career, she achieved fame as both a pin-up model and a dramatic actress as well as for her highly publicized personal life. In the mid-1940s, she was one of the highest-paid women in the United States, and one of Metro-Goldwyn-Mayer's (MGM) biggest stars, with her films earning the studio over $50 million during her eighteen-year contract with them. Turner was recognized among her peers as a hard-working and versatile actress, and by the public as a popular culture icon of Hollywood glamour.

Born to working-class parents in northern Idaho, Turner spent her early life there before her family relocated to San Francisco. In 1936, while still in high school, she was discovered while purchasing a soda at the Top Hat Malt Shop in Hollywood. At the age of 16, she was signed to a personal contract by Warner Bros. director Mervyn LeRoy, who took her with him when he transferred to MGM in 1938. Turner attracted attention playing a murder victim in her first film, LeRoy's They Won't Forget (1937), and she later transitioned into featured roles, often appearing as an ingénue.

During the early 1940s, Turner established herself as a leading actress and one of MGM's top performers, appearing in such films as the film noir Johnny Eager (1941); the musical Ziegfeld Girl (1941); the horror film Dr. Jekyll and Mr. Hyde (1941); and the romantic war drama Somewhere I'll Find You (1942), one of several films in which she starred opposite Clark Gable. Turner's reputation as a glamorous femme fatale was enhanced by her critically acclaimed performance in the film noir The Postman Always Rings Twice (1946), a role which established her as a serious dramatic actress. Her popularity continued through the 1950s in dramas such as The Bad and the Beautiful (1952) and Peyton Place (1957), the latter of which she was nominated for an Academy Award for Best Actress.

Media controversy surrounded Turner in 1958 when her daughter Cheryl Crane stabbed Turner's lover Johnny Stompanato to death in their Beverly Hills home during a domestic struggle. Turner's next film, Imitation of Life (1959), proved to be one of the greatest financial successes of her career. Her last starring role in Madame X (1966) earned her a David di Donatello for Best Actress. Turner spent most of the 1970s and early 1980s in semi-retirement, making her final feature film appearance in 1980. In 1982, she accepted a much publicized and lucrative recurring guest role in the television series Falcon Crest, which afforded the series notably high ratings. In 1992 she was diagnosed with throat cancer, of which she died in 1995, aged 74. 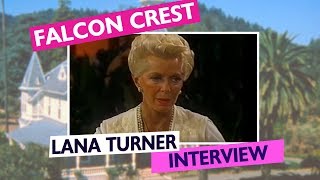 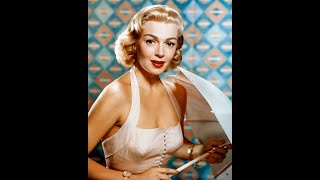