Krista Allen (born April 5, 1971) is an American comedian and actress. She is best known for her work in the television series Days of Our Lives and Baywatch and in the Hollywood film The Final Destination. She also portrays the eponymous character on The CW series Significant Mother, and starred in Anger Management with Adam Sandler. In addition to acting, Allen is also a stand-up Comedian and spent most of 2018 headlining across Los Angeles. 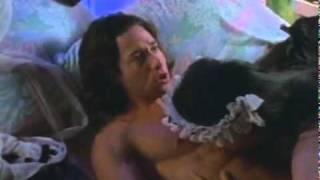