Kei Nishikori (錦織 圭, Nishikori Kei, [ɲiɕikoꜜɾi kei]; born 29 December 1989) is a Japanese professional tennis player. He is the only male Japanese tennis player ever to be ranked inside the top 5 in singles, and first reached his career-high singles ranking of world No. 4 in March 2015. He is currently ranked world No. 28 by the Association of Tennis Professionals (ATP) as of 18 June 2018.

He has won 11 singles titles and was runner-up at the 2014 US Open, making him the first male player representing an Asian country to reach a Grand Slam singles final. He also became the first man from Asia to qualify for the ATP World Tour Finals and reached the semifinals in 2014 and 2016. In addition, Nishikori defeated Rafael Nadal to win the bronze medal at the 2016 Summer Olympics in Rio de Janeiro. 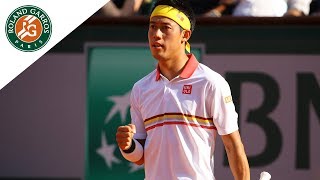 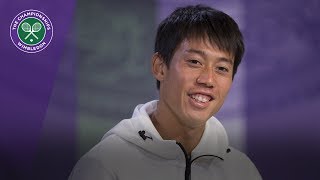