John Scot Barrowman (born 11 March 1967) is a Scottish-American actor, singer, presenter and writer. Born in Glasgow, Scotland, he moved to the United States with his family in 1975. Encouraged by his high school teachers, Barrowman studied performing arts at the United States International University in San Diego before landing the role of Billy Crocker in Cole Porter's Anything Goes in London's West End.

Since his debut in professional theatre, Barrowman has played lead roles in various musicals both in the West End and on Broadway, including Miss Saigon, The Phantom of the Opera, Sunset Boulevard and Matador. After appearing in Sam Mendes' production of The Fix, he was nominated for the 1998 Laurence Olivier Award for Best Actor in a Musical and, in the early 2000s, returned to the role of Billy Crocker in the revival of Anything Goes. His most recent West End credit was in the 2009 production of La Cage aux Folles.

Alongside his theatrical career, Barrowman has appeared in various films including the musical biopic De-Lovely (2004) and musical comedy The Producers (2005). Before venturing into British television, he featured in the American television dramas Titans and Central Park West but he is better known for his acting and presenting work for the BBC that includes his work for CBBC in its earlier years, his self-produced entertainment programme Tonight's the Night, and his BAFTA Cymru-nominated role of Captain Jack Harkness in the science fiction series Doctor Who and Torchwood. Barrowman has also had a number of guest roles in television programmes both in the US and the UK. He appeared as a contestant on the first series of celebrity ice skating show Dancing on Ice while his theatrical background allowed him to become a judge on Andrew Lloyd Webber's musical talent shows How Do You Solve a Problem like Maria?, Any Dream Will Do and I'd Do Anything. In 2006, he was voted Stonewall's Entertainer of the Year. He hosted the BBC One quiz show Pressure Pad in 2013 and 2014. Barrowman starred in the CW's Arrow and Legends of Tomorrow as Malcolm Merlyn, the show's version of the DC villain Merlyn and one of the two series' main antagonists.

Barrowman is also featured on more than a dozen musical theatre recordings including cover tunes found on his 2007 album, Another Side, and 2008's Music Music Music. Both albums accrued places on the UK Albums Chart, as did his self-titled John Barrowman (2010), which reached number 11, his highest chart placing to date. Furthermore, Barrowman has published two memoirs and autobiographies, Anything Goes (2008) and I Am What I Am (2009), with his sister Carole as co-author. The siblings also teamed up to write a novel, Hollow Earth (2012). The second book in the series, Bone Quill, has been released in the UK and was released in the US in July 2013. 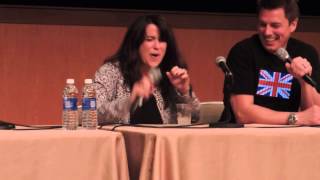 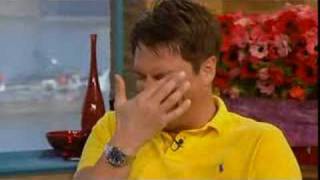 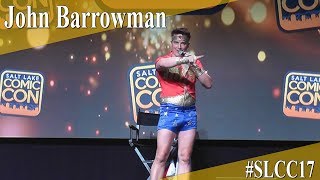 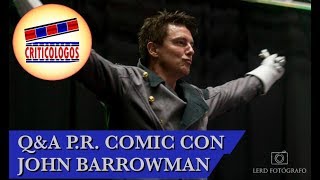 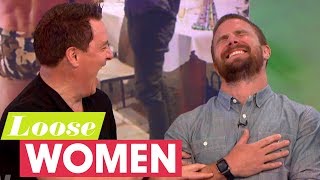