Cristiano Ronaldo dos Santos Aveiro GOIH ComM (European Portuguese: [kɾiʃˈtjɐnu ʁoˈnaɫdu]; born 5 February 1985) is a Portuguese professional footballer who plays as a forward for Italian club Juventus and the Portuguese national team. Often considered one of the best players in the world and regarded by many as one of the greatest players of all time, Ronaldo has a record-tying five Ballon d'Or awards, the most for a European player, and is the first player to win four European Golden Shoes. He has won 26 trophies in his career, including five league titles, five UEFA Champions League titles and one UEFA European Championship. A prolific goalscorer, Ronaldo holds the records for most official goals scored in Europe's top-five leagues (395), the UEFA Champions League (120), the UEFA European Championship (9), as well as those for most assists in the UEFA Champions League (34) and the UEFA European Championship (6). He has scored over 670 senior career goals for club and country.

Born and raised on the Portuguese island of Madeira, Ronaldo was diagnosed with a racing heart at age 15. He underwent an operation to treat his condition, and began his senior club career playing for Sporting CP, before signing with Manchester United at age 18 in 2003. After winning his first trophy, the FA Cup, during his first season in England, he helped United win three successive Premier League titles, a UEFA Champions League title, and a FIFA Club World Cup. By age 22, he had received Ballon d'Or and FIFA World Player of the Year nominations and at age 23, he won his first Ballon d'Or and FIFA World Player of the Year awards. In 2009, Ronaldo was the subject of the most expensive association football transfer when he moved from Manchester United to Real Madrid in a transfer worth €94 million (£80 million).

In Madrid, Ronaldo won 15 trophies, including two La Liga titles, two Copas del Rey, four UEFA Champions League titles, two UEFA Super Cups, and three FIFA Club World Cups. Real Madrid's all-time top goalscorer, Ronaldo scored a record 34 La Liga hat-tricks, including a record-tying eight hat-tricks in the 2014–15 season and is the only player to reach 30 goals in six consecutive La Liga seasons. After joining Madrid, Ronaldo finished runner-up for the Ballon d'Or three times, behind Lionel Messi, his perceived career rival, before winning back-to-back Ballons d'Or in 2013 and 2014. After winning the 2016 and 2017 Champions Leagues, Ronaldo secured back-to-back Ballons d'Or again in 2016 and 2017. A historic third consecutive Champions League followed, making Ronaldo the first player to win the trophy five times. In 2018, he signed for Juventus in a transfer worth €100 million, the highest fee ever paid for a player over 30 years old, and the highest ever paid by an Italian club.

A Portuguese international, Ronaldo was named the best Portuguese player of all time by the Portuguese Football Federation in 2015. He made his senior debut for Portugal in 2003 at age 18, and has since had over 150 caps, including appearing and scoring in eight major tournaments, becoming Portugal's most capped player and his country's all-time top goalscorer. He scored his first international goal at Euro 2004 and helped Portugal reach the final. He took over full captaincy in July 2008, leading Portugal to their first-ever triumph in a major tournament by winning Euro 2016, and received the Silver Boot as the second-highest goalscorer of the tournament. One of the most marketable athletes in the world, he was ranked the world's highest-paid athlete by Forbes in 2016 and 2017, as well as the world's most famous athlete by ESPN in 2016, 2017 and 2018.

Biography of the great Real Madrid, Portugal and former Manchester United superstar by the acclaimed author of Messi.

Cristiano said: "My aim with this documentary is to be who I am, objectively for my fans. I think people will...

Sport Travel - Where To Experience Football At Its Best!

The research also finds 98% of football fans who travelled for sport did so because they love the atmosphere,... 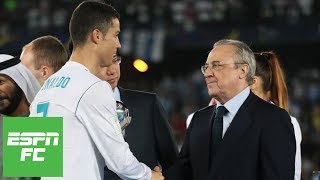 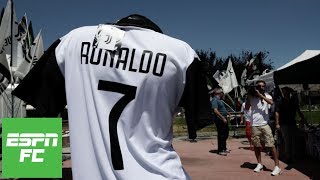 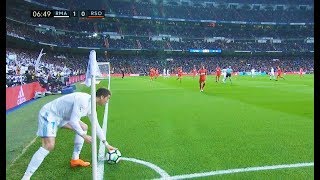