Carol Elaine Channing (born January 31, 1921) is an American actress, singer, dancer and comedian. Notable for starring in Broadway and film musicals, her characters typically radiate a fervent expressiveness and an easily identifiable voice, whether singing or for comedic effect. Carol Channing also studied acting at the Neighborhood Playhouse School of the Theatre in New York City.

She began as a Broadway musical actress, starring in Gentlemen Prefer Blondes in 1949, and Hello, Dolly! in 1964, when she won the Tony Award for Best Actress in a Musical. She revived both roles several times throughout her career, most recently playing Dolly in 1995. Channing was nominated for her first Tony Award in 1956 for The Vamp followed by a nomination in 1961 for Show Girl. She received her fourth Tony Award nomination for the musical Lorelei in 1974.

As a film actress, she won the Golden Globe Award and was nominated for the Academy Award for Best Supporting Actress for her performance as Muzzy in Thoroughly Modern Millie (1967). Other film appearances include The First Traveling Saleslady (1956) and Skidoo (1968). On television, she appeared as an entertainer on variety shows, from The Ed Sullivan Show in the 1950s to Hollywood Squares. She had a standout performance as The White Queen in the TV production of Alice in Wonderland (1985), and had the first of many TV specials in 1966, An Evening with Carol Channing.

Channing was inducted into the American Theatre Hall of Fame in 1981 and received a Lifetime Achievement Tony Award in 1995. She continues to perform and make appearances, singing songs from her repertoire and sharing stories with fans, cabaret style. She released an autobiography, titled Just Lucky I Guess, in 2002, and Larger Than Life, a documentary film about her career, was released in 2012. 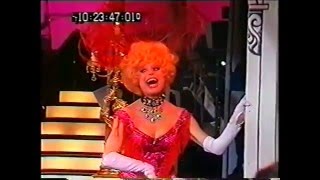 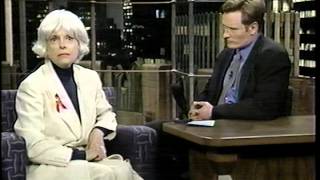 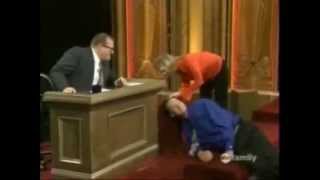 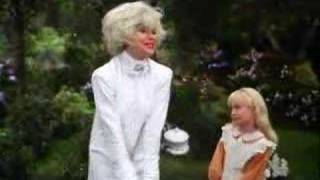