Camila Giorgi (Italian pronunciation: [kaˈmiːla ˈdʒordʒi]; born 30 December 1991) is an Italian professional tennis player. She is right-handed and plays with a two-handed backhand. After playing at junior level, she made her senior international tournament debut in 2006 at the ITF Women's Circuit. After winning her first ITF title in 2009, Giorgi made her WTA Tour main-draw debut at the 2011 Wimbledon Championships.

Giorgi went on to reach the fourth round of the 2012 Wimbledon Championships in just her second appearance at the tournament. After her successful run at the championships, she made her top 100 debut in the WTA rankings. The following year Giorgi followed it up with a third round run at the Wimbledon Championships, and made her second Grand Slam fourth round at the 2013 US Open. Giorgi reached her WTA Tour event singles final at the 2013 BNP Paribas Katowice Open and won her first title at the 2015 Topshelf Open. She reached her best singles ranking of world No. 30 in July 2015.

Giorgi is known for her aggressive style of game and her powerful flat groundstrokes, and is considered to be one of the hardest hitters of the ball on the tour. Her most notable professional wins have come at the 2013 US Open, 2014 BNP Paribas Open, and 2014 Aegon International, defeating former world No. 1 players Caroline Wozniacki, Maria Sharapova, and Victoria Azarenka, respectively. In addition to that, Giorgi has won more matches against top-10 players than she has lost. 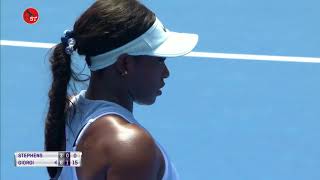 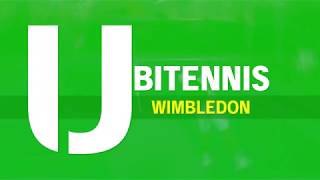 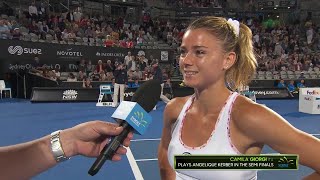