Marriah Bridget Andersen (July 11, 1975 – May 18, 1997), professionally known as Bridgette Andersen, was an American television and film actress who began her career as a child model at the age of 2. She is best known as the title role of the 1982 comedy Savannah Smiles. As a teenager, Andersen developed a drug addiction. In May 1997, at the age of 21, she died of an accidental heroin and alcohol overdose. 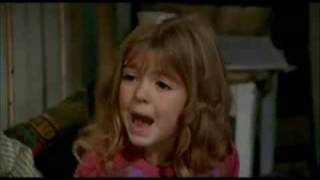