Bernard Tomic (; Croatian: Bernard Tomić, pronounced [běrnard tômitɕ, – tǒː-]; born 21 October 1992) is an Australian professional tennis player who has a career-high ranking of world No. 17. As a junior, Tomic enjoyed a successful career in which he won three Orange Bowl titles and two junior Grand Slam singles titles, the 2008 Australian Open and 2009 US Open. He won the 2013 Apia International Sydney, 2014 Claro Open Colombia and the 2015 Claro Open Colombia. He made a final appearance at the 2016 Acapulco Telcel and a quarterfinal appearance at the 2011 Wimbledon Championships, as well as at the 2015 BNP Paribas Open , the 2015 Shanghai Masters and the 2016 Western & Southern Open. 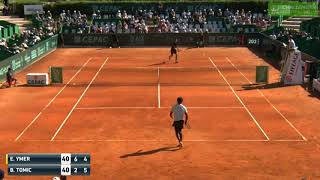 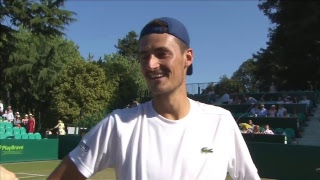 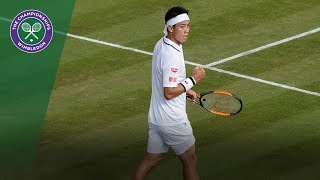